This week's post is going to be another World of Books haul...seriously, I freaking love that website! I think I literally have about 30 books on my shelves to read, so buying 8 more was the completely logical response to that, right?!?! Hope you enjoy reading! Let me know if you've read any of these and what you thought of them - I'd love to hear from you in the comments section. Also, whilst you're here, if you've enjoyed your visit, please do feel free to follow and keep up to date with what I'm posting. Now, on to the books!!!

Jennifer e. smith’s this is what happy looks like 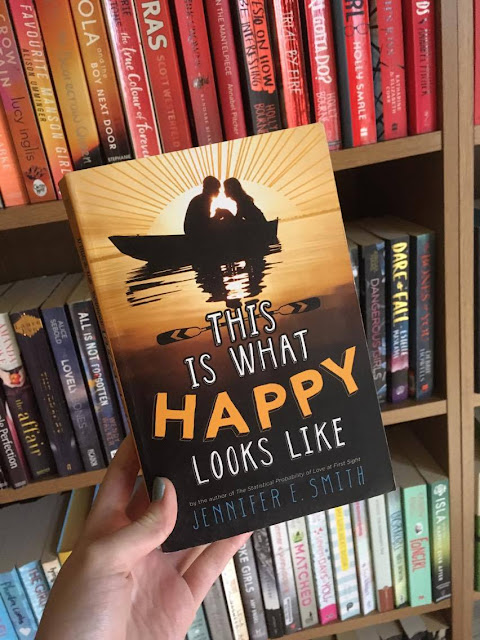 It's June - seventeen-year-old Ellie O'Neill's least favourite time of year. Her tiny hometown is annually invaded by tourists, and this year there's the added inconvenience of a film crew. Even the arrival of Hollywood heartthrob Graham Larkin can't lift her mood. But there is something making Ellie very happy. Ever since an email was accidentally sent to her a few months ago, she's been corresponding with a mysterious stranger, the two of them sharing their hopes and fears. Their developing relationship is not without its secrets though - there's the truth about Ellie's past...and her pen pal's real identity. When they finally meet in person, things are destined to get much more complicated... 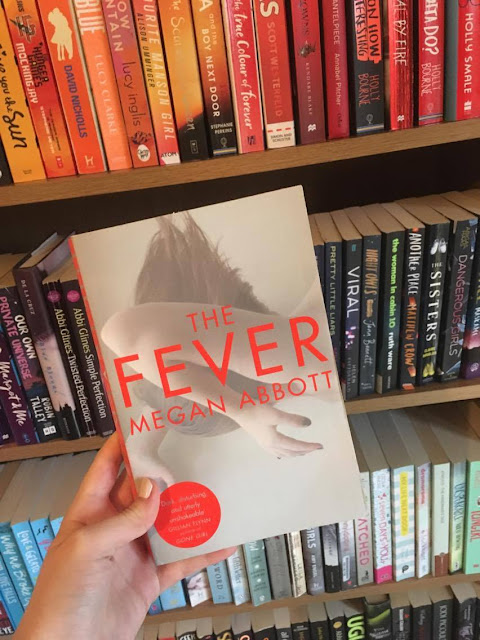 Deenie, Gabby and Lise are best friends - a tight girl-unit negotiating their way through the troubled waters of their teens, a world of sex, secrets and intense relationships. When first Lise then Gabby falls prey to a mysterious illness, hysteria sweeps their school and, as more girls succumb, Deenie finds herself an outsider, baffled by the terrifying illness and scared that it could all be because of something she has done. Suffering with Deenie are her dad and her brother, both protective of Deenie, but each with secrets of their own...

Leila sales’s this song will save your life 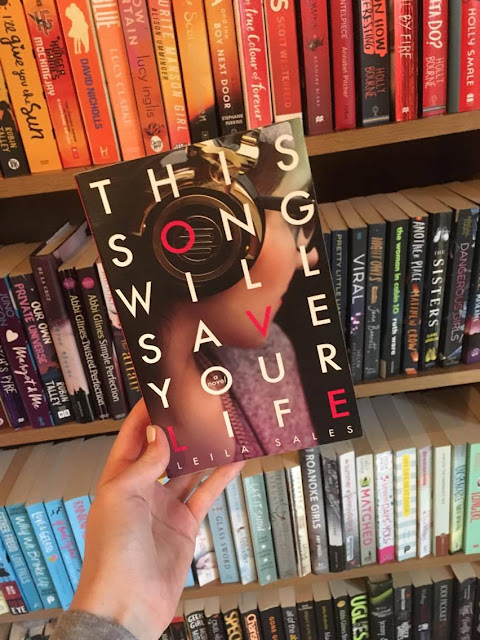 All her life, Elise Dembowski has been an outsider. Starting a new school, she dreams of fitting in at last - but when her best attempts at popularity fail, she almost gives up. Then she stumbles upon a secret warehouse party. There, at night, Elise can be a different person, making real friends, falling in love for the first time, and finding her true passion - DJing. But when her real and secret lives collide, she has to make a decision once and for all: just who is the real Elise? 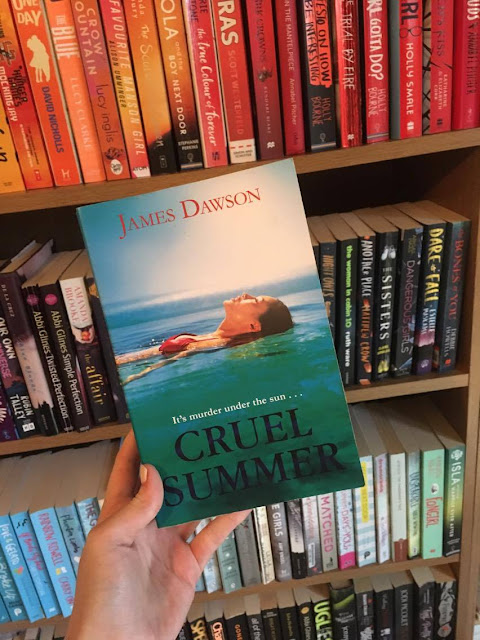 One year after the suicide of their friend Janey, the rest of the group decide to spend the summer together in a holiday villa in the Mediterranean. They're hoping to get over the terrible events of the previous year, but then a new guest arrives, claiming to have evidence that Janey's suicide was actually murder. When the guest is found dead, it becomes clear that the killer must be one of the group ...but who is it? And will they strike again? 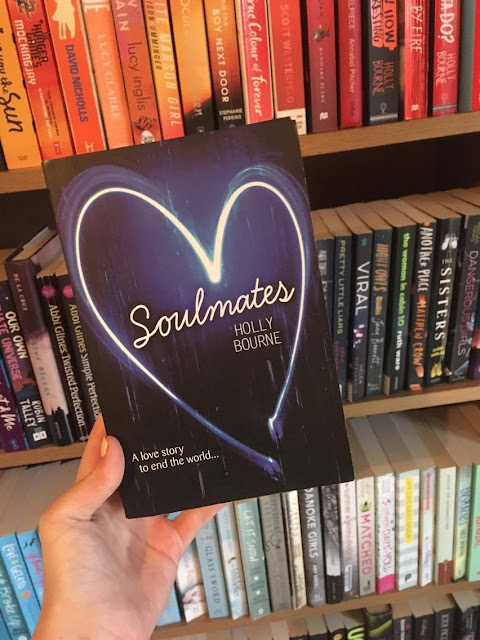 Every so often, two people are born who are the perfect match for each other. Soulmates. But while the odds of this happening are about as likely as being struck by lightning, when these people do meet and fall in love, thunderstorms, lightning strikes and lashings of rain are only the beginning of their problems. After a chance meeting at a local band night, Poppy and Noah find themselves swept up in a whirlwind romance unlike anything they've ever experienced before. But with a secret international agency preparing to separate them, a trail of destruction rumbling in their wake, they are left with an impossible choice between the end of the world, or a life without love... 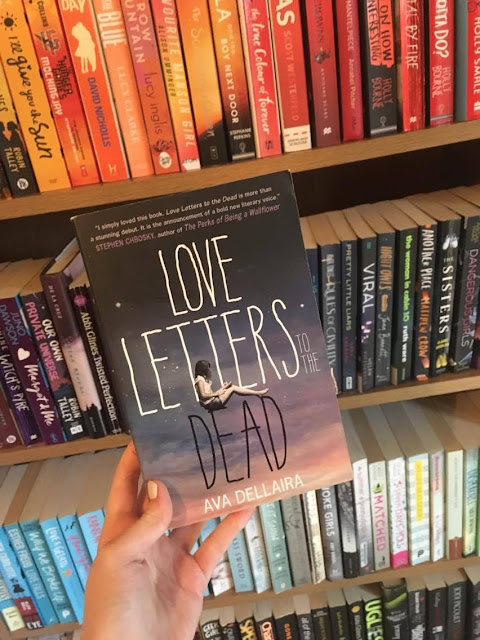 It begins as an assignment for English class: write a letter to a dead person - any dead person. Laurel chooses Kurt Cobain - he died young, and so did Laurel's sister May - so maybe he'll understand a bit of what Laurel is going through. Soon Laurel is writing letters to lots of dead people - Janis Joplin, Heath Ledger, River Phoenix, Amelia Earhart... it's like she can't stop. And she'd certainly never dream of handing them in to her teacher. But much as Laurel might find writing the letters cathartic, she can't keep real life out forever. The ghosts of her past won't be contained between the lines of a page, and she will have to come to terms with growing up, the agony of losing a beloved sister, and the realisation that only you can shape your destiny.

Jennifer e. smith’s hello, goodbye, and everything in between 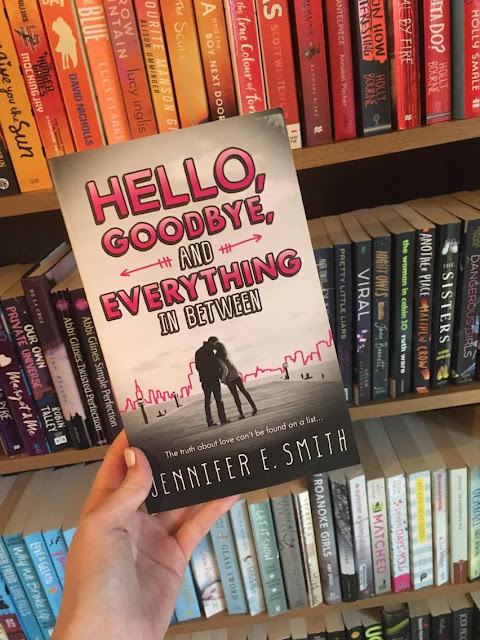 One night. A life-changing decision. And a list...Of course Clare made a list. She creates lists for everything. That's just how she is. But tonight is Clare and Aidan's last night before college and this list will decide their future, together or apart. It takes them on a rollercoaster ride through their past - from the first hello in science class to the first conversation at a pizza joint, their first kiss at the beach and their first dance in a darkened gymnasium - all the way up to tonight. A night of laughs, fresh hurts, last-minute kisses and an inevitable goodbye. But will it be goodbye forever or goodbye for now?

Jennifer e. smith’s the geography of you & me 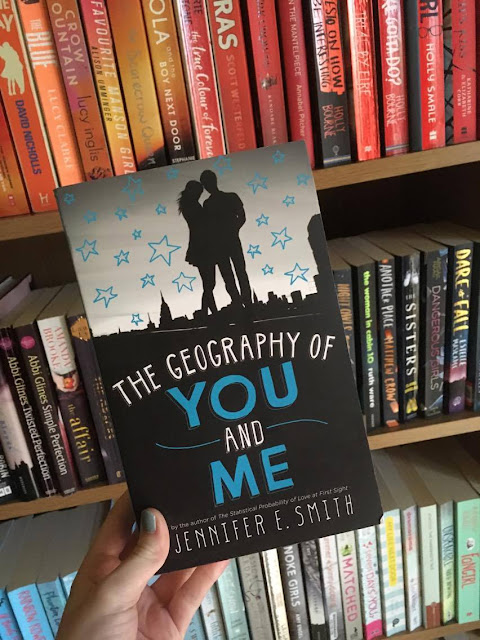 Owen lives in the basement. Lucy lives on the 24th floor. But when the power goes out in the midst of a New York heatwave, they find themselves together for the first time: stuck in a lift between the 10th and 11th floors. And as their lives take them to Edinburgh and San Francisco, to Prague and to Portland they can't shake the memory of the time they shared. Postcards cross the globe when they themselves can't, as Owen and Lucy experience the joy - and pain - of first love. And as they make their separate journeys in search of home, they discover that sometimes it is a person rather than a place that anchors you most in the world.

That's the lot! I'm really excited to read the Jennifer E. Smith books, they sound like pretty dreamy contemporaries, and I read her latest novel, Windfall, this summer and really enjoyed it. I'll be posting mini reviews of these as I read on my Goodreads here and they'll all feature in a monthly wrap up at some point in the next few months.

Posted by Exploration of Creation at 05:23