Last week, I went on a little shopping spree on the World of Books website and ended up picking up all thrillers, none of which were YA and I thought it would be nice to show them here for the sake of a little variety. Obviously these books are going to sound a little darker than those that I regularly haul/review, but I do occasionally like darker projects.
Worth noting, the two Lucy Clarke novels named Last Seen and A Single Breath, I bought after reading The Blue and rating it five stars! Last Seen was from a supermarket for about £3-4 and A Single Breath another online retailer for around £3.

Sabine durrant’s lie with me 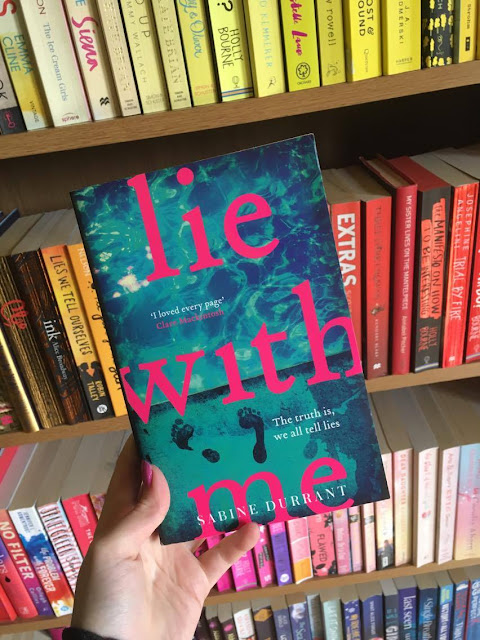 A few little lies never hurt anyone. Right? Wrong. Paul has a plan. He has a vision of a better future, and he's going to make it happen. If it means hiding or exaggerating a few things here and there, no harm done. But when he charms his way on to a family holiday...And finds himself trapped among tensions and emotions he doesn't understand...By the time he starts to realise that however painful the truth is, it's the lies that cause the real damage...Well, by then, it might just be too late. 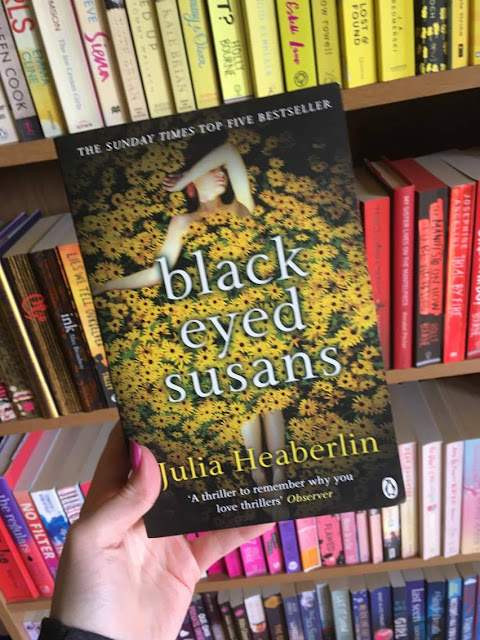 Seventeen-year-old Tessa, dubbed a 'Black-Eyed Susan' by the media, became famous for being the only victim to survive the vicious attack of a serial killer. Her testimony helped to put a dangerous criminal behind bars - or so she thought. Now, decades later the black-eyed susans planted outside Tessa's bedroom window seem to be a message from a killer who should be safely in prison. Haunted by fragmented memories of the night she was attacked and terrified for her own teenage daughter's safety, can Tessa uncover the truth about the killer before it's too late? 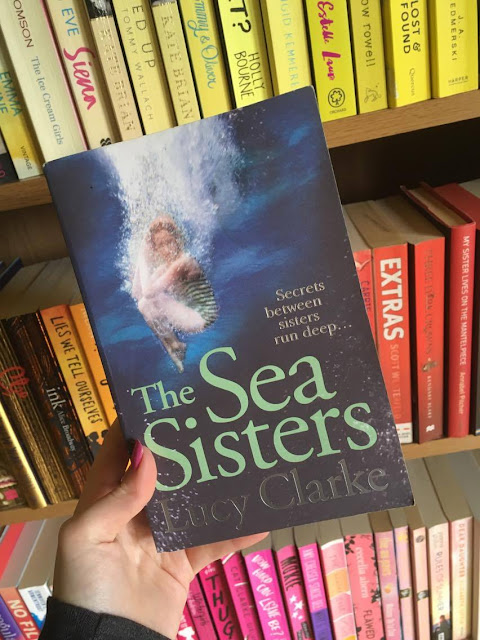 Katie's carefully structured world is shattered by the news that her headstrong younger sister, Mia, has been found dead in Bali - and the police claim it was suicide. With only the entries of Mia's travel journal as her guide, Katie retraces the last few months of her sister's life, and - page by page, country by country - begins to uncover the mystery surrounding her death. What she discovers changes everything. But will her search for the truth push their sisterly bond - and Katie - to breaking point? 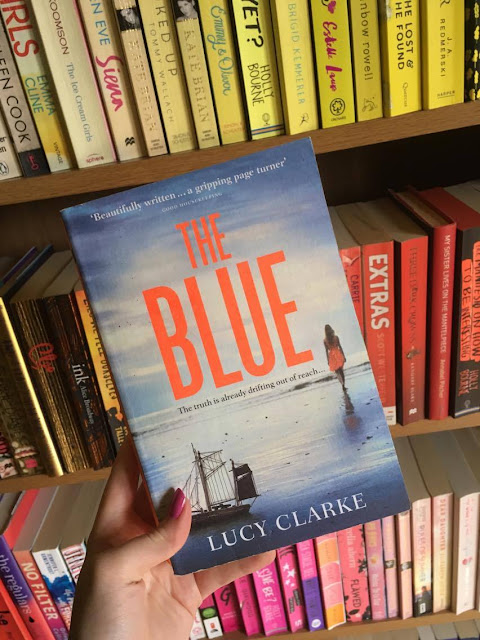 With a quick spin of the globe, Kitty and Lana escape their grey reality and journey to the Philippines. There they discover The Blue - a beautiful yacht, with a wandering crew.They spend day after languorous day exploring the pristine white beaches and swimming beneath the stars, and Lanadrifts further away from the long-buried secrets of home.But the tide turns when death creeps quietly on deck.A dangerous swell of mistrust and lies threatens to bring the crew's adventures to an end - but some won't let paradise go...whatever the price.
[I have already read this, as I mentioned, and gave it five stars. It was one of the best thrillers I have read in ages - the twists and turns definitely kept me guessing but there was also opportunity for emotional engagement and connection with characters. You should definitely pick this book up!] 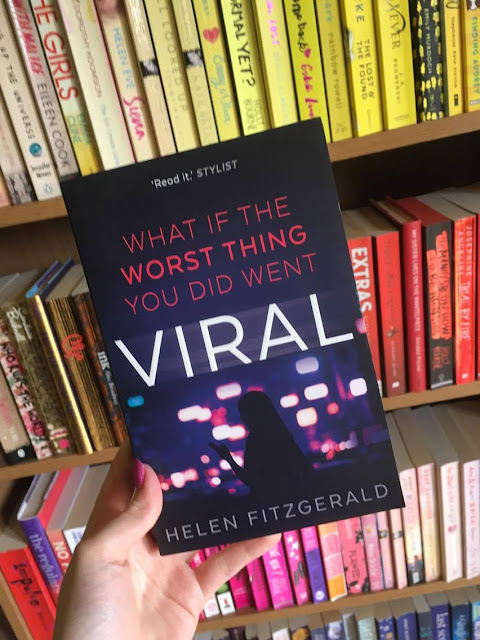 "So far, twenty-three thousand and ninety-six people have seen me online." Su has always been the successful sister. It's Leah who is wild and often angry. But when they go to Magaluf to celebrate their exam results, Su disappears. Su is on the run, humiliated and afraid. There's an online video of her performing multiple sex acts in a nightclub. And everyone has seen it. Their mother Ruth, a prominent court judge, is furious. Can she bring justice to the men who took advantage of her daughter, and what will it take to bring Su home? 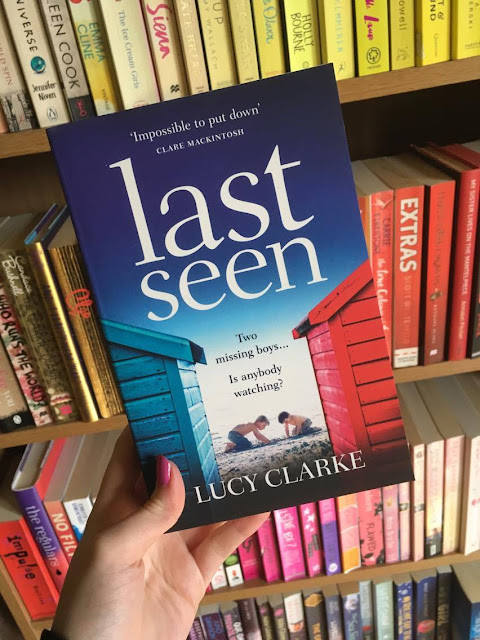 Seven years ago, two boys went missing at sea - and only one was brought to shore. The Sandbank, a remote stretch of coast dotted with beach huts, was scarred forever. Sarah's son survived, but on the anniversary of the accident, he disappears without trace. As new secrets begin to surface, The Sandbank hums with tension and unanswered questions. Sarah's search grows more desperate and she starts to mistrust everyone she knows - and she's right to. Someone saw everything on that fateful day seven years ago. And they'll do anything to keep the truth buried. 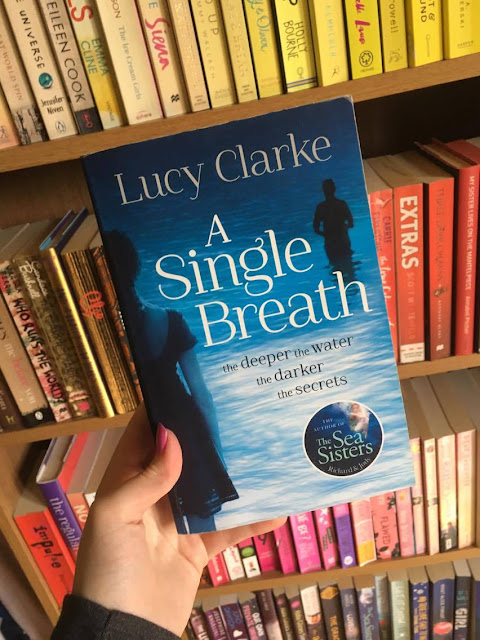 When Eva's husband Jackson tragically drowns, she longs to meet his estranged family. The journey takes her to Jackson's brother's doorstep on a remote Tasmanian island. As strange details about her husband's past begin to emerge, memories of the man she married start slipping through her fingers like sand, as everything she ever knew and loved about him is thrown into question. Now she's no longer sure whether it was Jackson she fell in love with - or someone else entirely...The truth is, it was all a lie...

So those are the thrillers I've bought recently. Have you read any of these, and if so, how did you find them (no spoilers, please!) Do you have any particular thriller recommendations for me? Please leave them in the comments down below - I'd love to hear from you!

Posted by Exploration of Creation at 07:49