Once again, I'm posting my monthly haul nice and early in a desperate attempt to curtail my spending. It's currently the 6th of November and I've bought twelve books...so you can see how big of a problem we're dealing with here! In my defence, I had a really rubbish week, so I went comfort-shopping. Here's the lovely gems I picked up. Let me know if you've read any of them and what you thought - spoiler-free, please!! Enjoy.

(P.S. I haven't included any opinions this month, as I have so many books to get through, so just appreciate the pretty covers and get intrigued by the blurbs! Hopefully I'm not enabling you too much to buy these, too...) 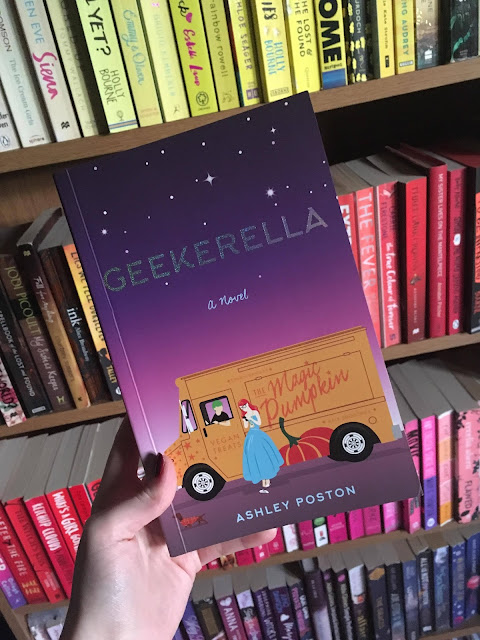 Geek girl Elle Wittimer lives and breathes Starfield, the classic sci-fi series she grew up watching with her late father. So when she sees a cosplay contest for a new Starfield movie, she has to enter. Teen actor Darien Freeman used to live for cons before he was famous. Now they re nothing but autographs and awkward meet-and-greets. Playing Carmindor is all he's ever wanted, but Starfield fandom has written him off as just another dumb heartthrob. As ExcelsiCon draws near, Darien feels more and more like a fake until he meets a girl who shows him otherwise. But when she disappears at midnight, will he ever be able to find her again?

Julie murphy’s side effects may vary 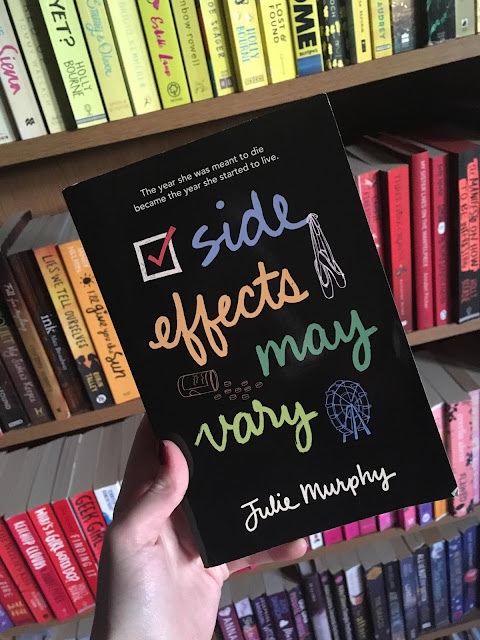 When sixteen-year-old Alice is diagnosed with leukemia, she vows to spend her final months righting wrongs. So she convinces her best friend, Harvey, to help her with a crazy bucket list that's as much about revenge as it is about hope. But just when Alice's scores are settled, she goes into remission, and now she must face the consequences of all she's said and done.
Maggie harcourt’s unconventional 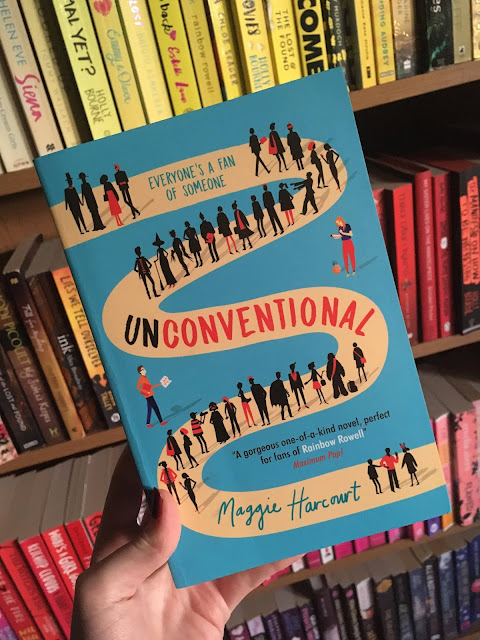 Lexi Angelo has grown up helping her dad with his events business. She likes to stay behind the scenes, planning and organizing...until author Aidan Green - messy haired and annoyingly arrogant - arrives unannounced at the first event of the year. Then Lexi's life is thrown into disarray. In a flurry of late-night conversations, mixed messages and butterflies, Lexi discovers that some things can't be planned. Things like falling in love.
Maggie harcourt’s the last summer of us 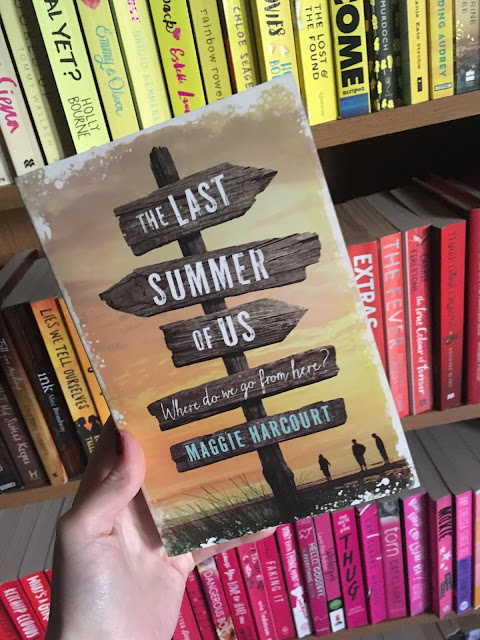 Limpet, Steffan and Jared. Three best friends crammed into a clapped-out rust bucket of a car on a whirlwind road trip to forget their troubles and see out the end of the summer. But no matter how far they drive, they can't escape the hidden secrets and slow-burning romance that could upset the balance of their friendship - perhaps forever.

Because you love to hate me – an anthology 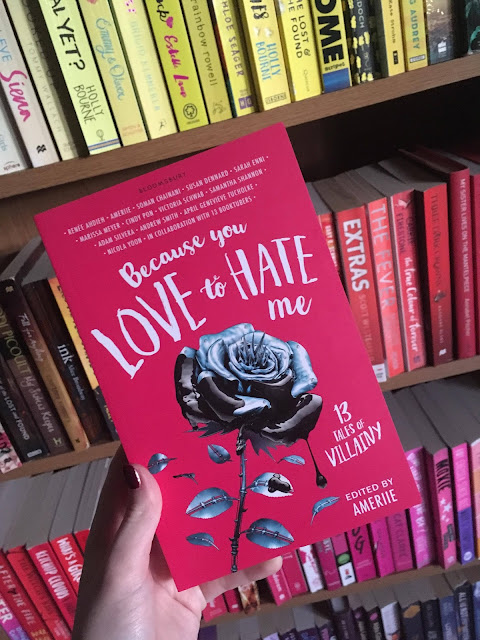 In this unique YA anthology, thirteen acclaimed, bestselling authors team up with thirteen influential BookTubers to reimagine fairy tales from the oft-misunderstood villains' points of view. These fractured, unconventional spins on classics like "Medusa," Sherlock Holmes, and "Jack and the Beanstalk" provide a behind-the-curtain look at villains' acts of vengeance, defiance, and rage--and the pain, heartbreak, and sorrow that spurned them on. No fairy tale will ever seem quite the same again!

Becky albertalli’s the upside of unrequited 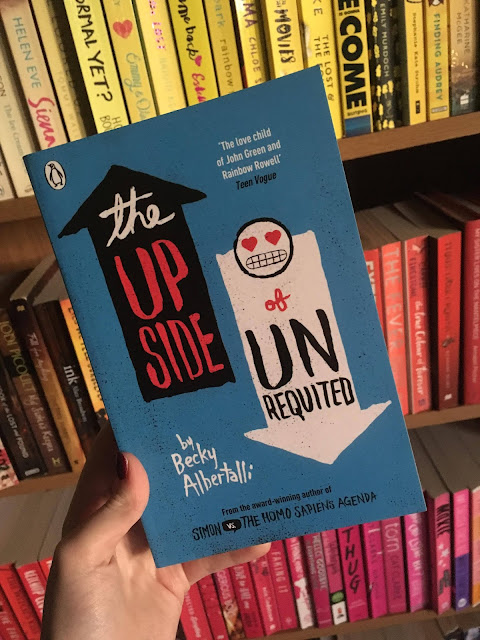 Molly Peskin-Suso knows all about unrequited love. No matter how many times her twin sister, Cassie, tells her to woman up, Molly is always careful. Better to be careful than be hurt. But when Cassie gets a new girlfriend who comes with a cute hipster-boy sidekick, everything changes. Will is funny, flirtatious and basically the perfect first boyfriend. There's only one problem: Molly's coworker, Reid, the awkward Tolkien superfan she could never fall for . . . right? 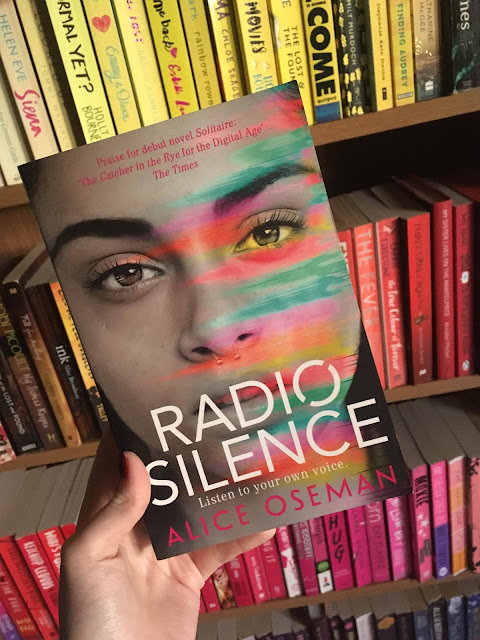 Frances has always been a study machine with one goal, elite university. Nothing will stand in her way; not friends, not a guilty secret - not even the person she is on the inside. But when Frances meets Aled, the shy genius behind her favourite podcast, she discovers a new freedom. Then the podcast goes viral and the fragile trust between them is broken. Caught between who she was and who she longs to be, Frances' dreams come crashing down. Suffocating with guilt, she knows that she has to confront her past...Meanwhile at uni, Aled is alone, fighting even darker secrets.
Michelle falkoff’s playlist for the dead 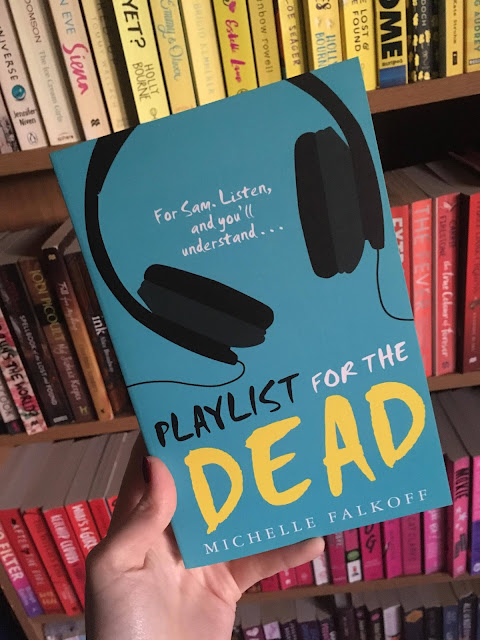 Here's what Sam knows: There was a party. There was a fight. The next morning, his best friend, Hayden, was dead. And all he left Sam was a playlist of songs, and a suicide note: For Sam - listen and you'll understand. As he listens to song after song, Sam tries to face up to what happened the night Hayden killed himself. But it's only by taking out his earbuds and opening his eyes to the people around him that he will finally be able to piece together his best friend's story. And maybe have a chance to change his own.
Katy cannon’s and then we ran 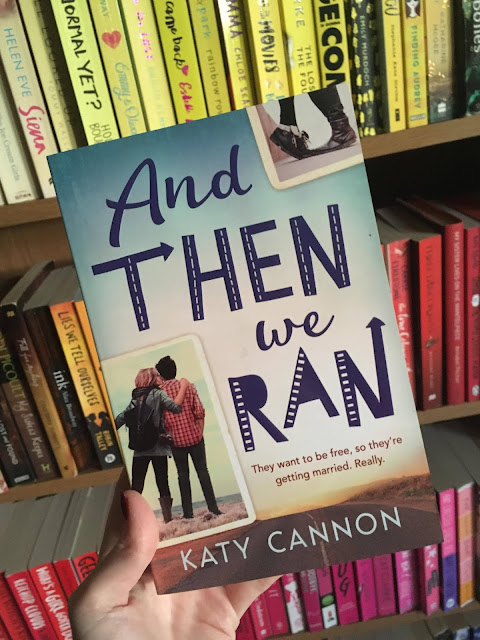 Megan knows what she wants out of life and she intends to get it, whatever her parents say.Elliott has given up on all his plans for the future - but then Megan bursts into his life with a proposal that could change it forever. Together they embark on a road trip to escape their hometown and chase their dreams. But life is a journey and not even Megan can control where theirs will lead... 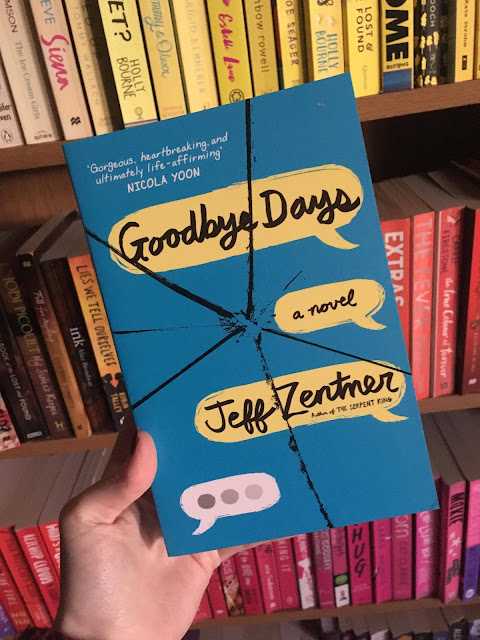 Can a text message destroy your life? Carver Briggs never thought a simple text would cause a fatal crash, killing his three best friends, Mars, Eli, and Blake. Now Carver can't stop blaming himself for the accident and even worse, there could be a criminal investigation into the deaths. Then Blake's grandmother asks Carver to remember her grandson with a 'goodbye day' together. But not everyone is willing to forgive. Carver's own despair and guilt threatens to pull him under into panic and anxiety as he faces punishment for his terrible mistake. Can the goodbye days really help? 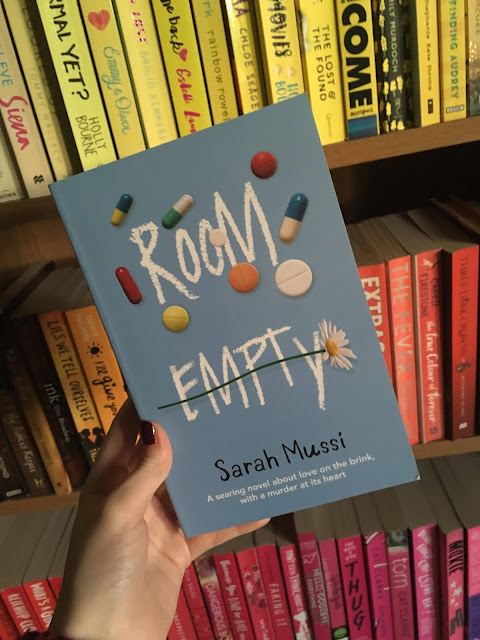 Dani is ravaged by anorexia and hasn't eaten for days. Fletcher is fighting to stay off the streets and to stay off drugs. Will their attraction to each other save or destroy them? Both patients at the Daisy Bank Rehab Centre, Fletcher wants to help Dani find out about the empty room at the heart of her pain: What happened to Dani in that room when she was four? Whose is the dead body that lies across the door? Why won't her mind let her remember?

Keren david’s this is not a love story 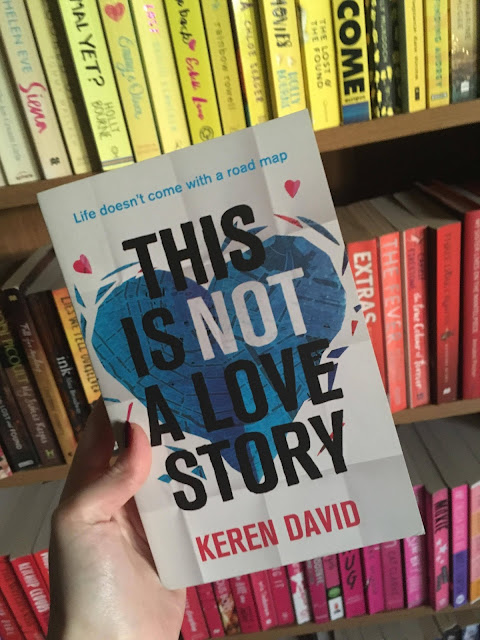 Kitty dreams of a beautiful life, but that's impossible in suburban London where her family is haunted by her father's unexpected death. So when her mum suggests moving to Amsterdam to try a new life, Kitty doesn't take much persuading. Will this be her opportunity to make her life picture perfect? In Amsterdam she meets moody, unpredictable Ethan, and clever, troubled Theo. Two enigmatic boys, who each harbour their own secrets. In a beautiful city and far from home, Kitty finds herself falling in love for the first time. But will love be everything she expected? And will anyone's heart survive?

So that's everything!! I think you'll agree that there are some pretty fantastic-sounding books here! Like I said, please let me know if you've got any opinions on these, by leaving a comment down below. I'd really love to hear from you!! What books have you bought so far this month?

Posted by Exploration of Creation at 08:34