I've seen a lot of people doing this tag lately, and I thought I'd join in the fun! So, I've picked five of my most anticipated TBR books from my bookshelves and I'm going to read the first chapter of each. Then, I'll give you a summary/some opinions of each. At the end of the process, I'll choose my favourite and read the whole thing!! You'll be able to find out about my full opinion of said book at the end of this post. 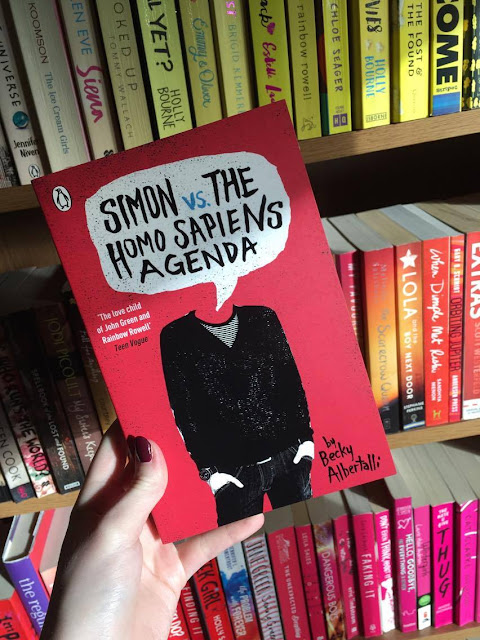 Simon Spier is sixteen and trying to work out who he is - and what he's looking for. But when one of his emails to the very distracting Blue falls into the wrong hands, things get all kinds of complicated. Because, for Simon, falling for Blue is a big deal...It's a holy freaking huge awesome deal.

[HAVING READ CHAPTER ONE: This is probably the book I have the highest expectations for and the first chapter didn't let me down. There's a lot of really well-written, natural dialogue and the humour is genius. The plot is set up almost immediately, in a really casual way. I can tell this is going to be a really great LGBTQ+ read.] 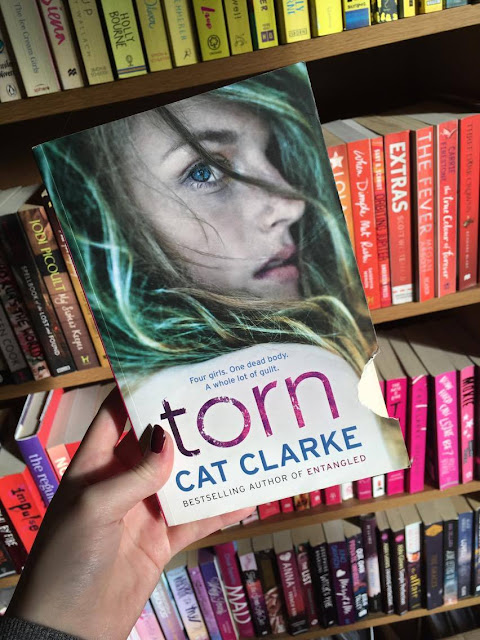 Alice King isn't expecting the holiday of her dreams when she sets off on a trip to the wilderness with her mates. But when her best friend Cass decides to teach mean girl Tara a lesson, Alice finds herself in a nightmare she can't escape.Now Alice is the guardian of a secret too horrific to tell; and a secret too terrible to keep. A secret that will change all of their lives for ever...

[HAVING READ CHAPTER ONE: The first chapter does a good job of setting up some serious suspense. Starting in the future, with a funeral, is a great way of grabbing the reader's attention. Possibly it could have been slightly shorter, to make it even more scandalous/punchy, but intriguing nonetheless.]

JAY ASHER & CAROLYN MACKLER’S THE FUTURE OF US 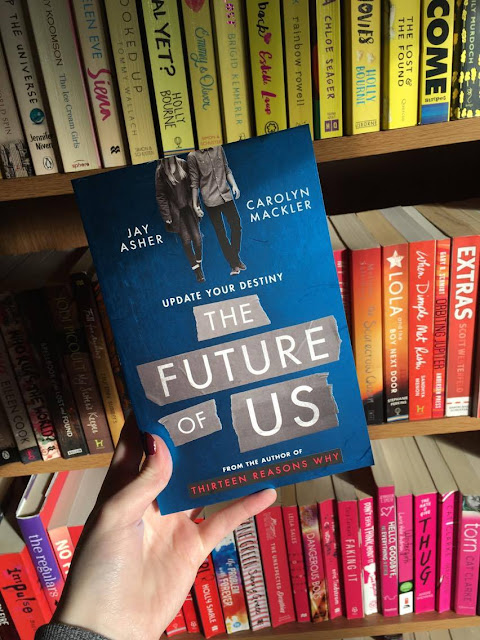 It's 1996 and Facebook isn't even invented. Yet somehow, best friends Emma and Josh have discovered their profiles, fifteen years in the future ... and they're not sure they like what they see. The more Emma and Josh learn about their future lives, the more obsessed they become on changing the destiny that awaits them. But what if focusing on the future, means that you miss something that's right in front of you?

[HAVING READ CHAPTER ONE: The concept of this book is really exciting and different, and the first chapter did a good job of setting it up. It was mainly exposition, but well-written with good details and humour. Only a tiny bit of suspense at the end of the chapter.] 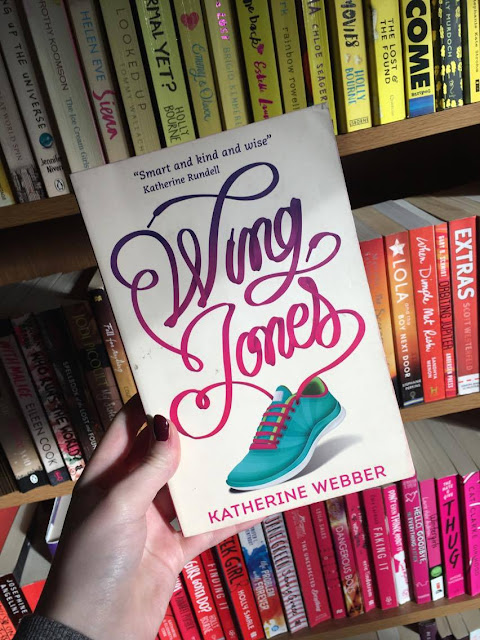 With a grandmother from China and another from Ghana, fifteen-year-old Wing Jones is often caught between worlds. But when tragedy strikes, Wing discovers a talent for running she never knew she had. Wing's speed could bring her family everything it needs. It could also stop Wing getting the one thing she wants.

[HAVING READ CHAPTER ONE: This chapter was a few pages shorter than the others admittedly, but it didn't do much for me, to be honest. I am really excited to read this book because I've heard such good things, and this first chapter was very nostalgic and sweet, but it won't be the one I pick at the end of this tag, unfortunately.] 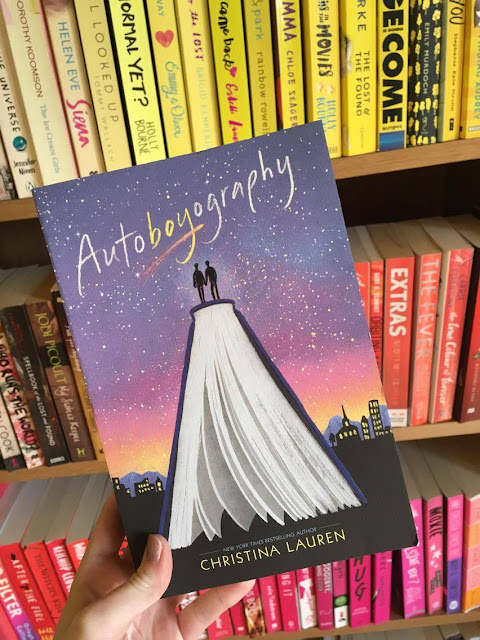 Three years ago, Tanner Scott’s family relocated from California to Utah, a move that nudged the bisexual teen temporarily back into the closet.  But when his best friend Autumn dares him to take Provo High’s prestigious Seminar Tanner can’t resist going against his better judgment and having a go, if only to prove to Autumn how silly the whole thing is. Writing a book in four months sounds simple. It turns out, Tanner is only partly right: four months is a long time. After all, it takes only one second for him to notice Sebastian Brother, the Mormon prodigy who sold his own Seminar novel the year before and who now mentors the class. And it takes less than a month for Tanner to fall completely in love with him.

[Having Read Chapter One: Firstly, this is one of the prettiest books I own, by far - I adore the front cover!! This first chapter wasn't as exciting as some - it definitely introduced some important characters and the idea of "The Seminar" but that was about it. I can't wait to read about a bisexual, male protagonist - should be really interesting.]

So, having read the first chapters of all of these books, I've decided to go for...

Simon vs. the Homo Sapiens Agenda!

This book was the funniest and the most easy to read, I felt. Also, I just really can't wait to read this book, so I'm so glad the first chapter lived up to the high expectations this book has. So, I'm going to get reading now - scroll down for my opinions, post-book!!

This is definitely one of the best books I've read in a while. It's also, I think, one of the best books with a gay male protagonist. I absolutely adored Simon - he was so sweet, self-deprecating and one of the most genuinely and naturally funny narrators/characters I've read in a really long time. The storyline itself was clever and not too complicated. I liked the use of a couple of red herrings throughout, in the build up to the reveal of "Blue" - he wasn't who I had guessed he would be!! I was so happy with the reveal itself, also - it was so understated but it worked PERFECTLY. From that point on, I read with the hugest grin on my face and couldn't have been happier that they got a happy ending. This book had layer upon layer, too - not just focusing on Simon, but on his HILARIOUS family (so nice to have a present and vivid family in YA), his great friends and other people's struggles around him. Also, love the theatre setting - that was cool!!

Overall, I'm so happy with the choice I made here and I really enjoyed doing this tag - I may start doing it regularly, perhaps once a month/once every two months - what do you think?? Hope you enjoyed reading! Don't forget to leave a comment and follow whilst you're visiting!

(P.S. I've also started reading Autoboyography - the first chapter really doesn't do it justice, because this book is AMAZING so far!!)

Posted by Exploration of Creation at 14:21