Today's post is going to be a TBR unwrapping for the month of July; these are the books I'm planning to get to next month. Let me know what's on yours by leaving a comment down below. 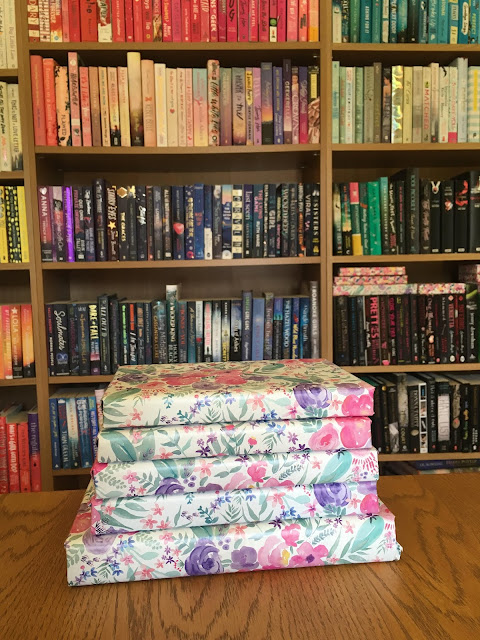 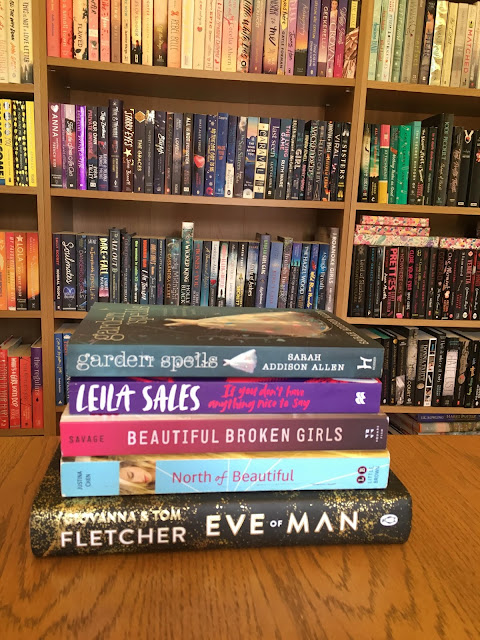 All her life Eve has been kept away from the opposite sex. Kept from the truth of her past.But at sixteen it's time for Eve to face her destiny. Three potential males have been selected for her. The future of humanity is in her hands. She's always accepted her fate.Until she meets Bram.Eve wants control over her life. She wants freedom.But how do you choose between love and the future of the human race?

It's hard not to notice Terra Cooper.She's tall, blond, and has an enviable body. But with one turn of her cheek, all people notice is her unmistakably "flawed" face. Terra secretly plans to leave her stifling small town in the Northwest and escape to an East Coast college, but gets pushed off-course by her controlling father. When an unexpected collision puts Terra directly in Jacob's path, the handsome but quirky Goth boy immediately challenges her assumptions about herself and her life, and she is forced in yet another direction. With her carefully laid plans disrupted, will Terra be able to find her true path?

The parts of Mira Cillo that Ben touched are etched on his soul.

It was the last one that broke her. After her death, Mira sends Ben on a quest for notes she left in the seven places where they touched—notes that explain why she and her sister, Francesca, drowned themselves in the quarry. How Ben interprets those notes has everything to do with the way he was touched by a bad coach years before. But the truth behind the girls’ suicides is far more complicated, involving a dangerous infatuation, a deadly miracle, and a crushing lie.

When Winter Halperin—former spelling bee champion, aspiring writer, and daughter of a parenting expert—gets caught saying the wrong thing online, her life explodes. All across the world, people knows what she’s done, and none of them will forgive her. With her friends gone, her future plans cut short, and her identity in shambles, Winter is just trying to pick up the pieces without hurting anyone else. She knows she messed up, but does that mean it’s okay for people to send her hate mail and death threats? Does she deserve to lose all that she’s lost? And is “I’m sorry” ever good enough?

The women of the Waverley family -- whether they like it or not -- are heirs to an unusual legacy, one that grows in a fenced plot behind their Queen Anne home on Pendland Street in Bascom, North Carolina. There, an apple tree bearing fruit of magical properties looms over a garden filled with herbs and edible flowers that possess the power to affect in curious ways anyone who eats them. For nearly a decade, 34-year-old Claire Waverley, at peace with her family inheritance, has lived in the house alone, embracing the spirit of the grandmother who raised her, ruing her mother's unfortunate destiny and seemingly unconcerned about the fate of her rebellious sister, Sydney, who freed herself long ago from their small town's constraints. Using her grandmother's mystical culinary traditions, Claire has built a successful catering business -- and a carefully controlled, utterly predictable life -- upon the family's peculiar gift for making life-altering delicacies: lilac jelly to engender humility, for instance, or rose geranium wine to call up fond memories.

Posted by Exploration of Creation at 04:24