Today's post is a quick round-up of the books I'm donating to charity this month, so that somebody else might enjoy them more than I did. I like to do this as often as I can, not only to support good causes but also to keep my shelves full of books that I actually love. 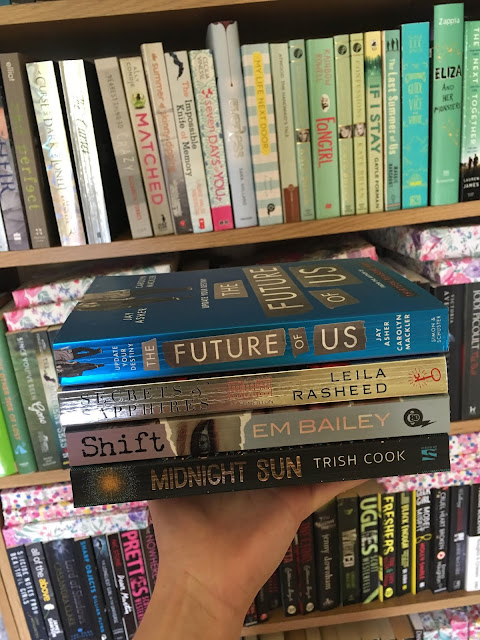 Midnight Sun by Trish Cook - This book's plot is really similar to Everything, Everything by Nicola Yoon (which I also didn't like) and because of that it just felt so predictable. I just personally felt no emotional engagement or investment.

Shift by Em Bailey - I bought and read this book ages ago, before I was properly back into reading YA again and I found it really bizarre. I think I'd thought it was going to be more creepy thriller-esque as opposed to what it turned into around the end!

Secrets & Sapphires by Leila Rasheed - I did enjoy reading this book; the historical element worked better for me than I expected and there were some interesting sub-plots, but I have no plans to continue reading the series and I don't think I'd ever really want to reread this first one, either.

The Future of Us by Jay Asher and Carolyn Mackler - This story had so much interesting potential; the concept behind it is really cool and unique. Sadly, the execution was pretty poor in my opinion. It was one of those books that dragged and I just wanted to DNF it (though I didn't). 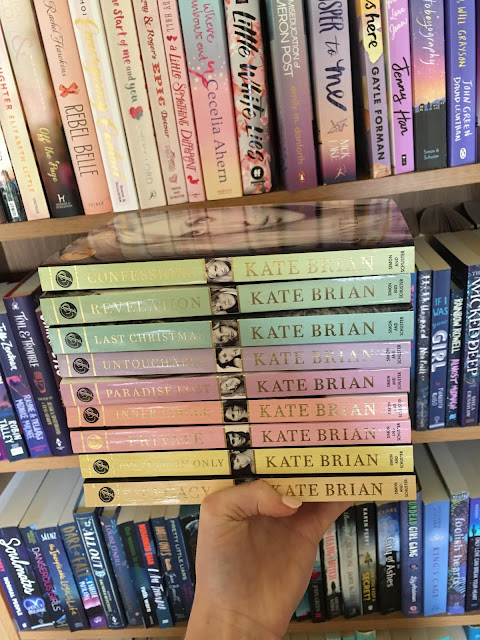 I also decided to ditch this series by Kate Brian; I've had these books for years and read probably over half of them. They're very Gossip Girl-esque, with lots of privilege and mystery and betrayal; as time goes on, that kind of storyline interests me less and less and I definitely don't think I'd reach for this particular series again.

So those are the books I'm donating this month. What do you do with unwanted reads? Let me know by leaving a comment down below.

Posted by Exploration of Creation at 05:58