A Haul: End of University!!

Monday the 23rd of April marked my last day of university, where I handed in my dissertation and final assignments. It was such a special day of celebrations, and now I'm even more excited for graduation in July. Over the last week or so, I've been periodically buying myself books as "rewards"... 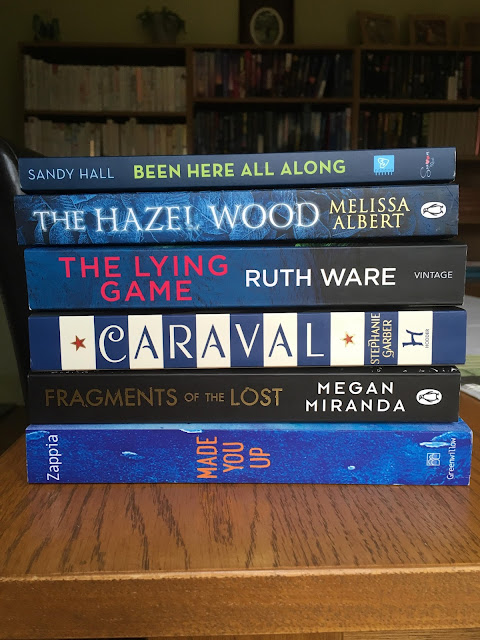 Francesca zappia’s made you up 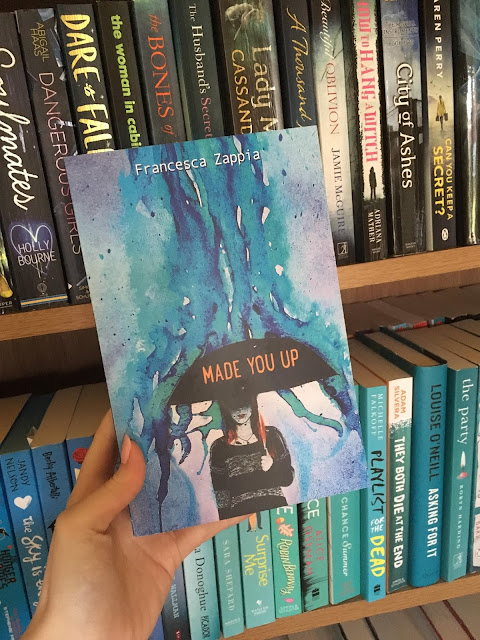 Alex fights a daily battle to figure out the difference between reality and delusion. Armed with a take-no-prisoners attitude, her camera, a Magic 8-Ball, and her only ally (her little sister), Alex wages a war against her schizophrenia, determined to stay sane long enough to get into college. She’s pretty optimistic about her chances until classes begin, and she runs into Miles. Didn't she imagine him? Before she knows it, Alex is making friends, going to parties, falling in love, and experiencing all the usual rites of passage for teenagers. But Alex is used to being crazy. She’s not prepared for normal.

Megan miranda’s fragments of the lost 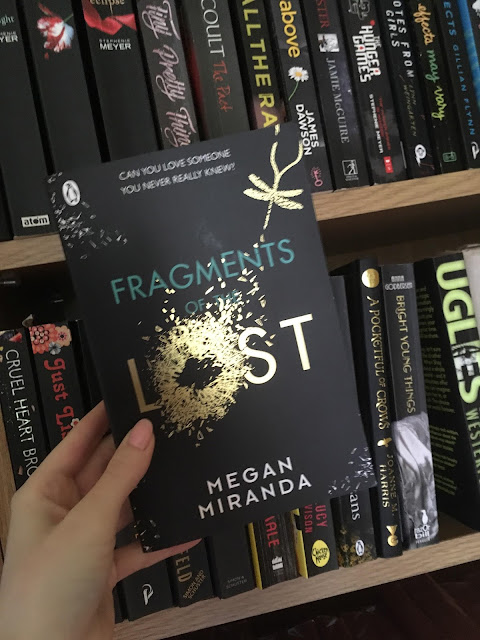 Jessa Whitworth knew she didn't belong in her ex-boyfriend Caleb's room. His mother asked her to pack up his things, even though she blames Jessa for his accident. How could she say no?
But as Jessa begins to box up the pieces of Caleb's life, they trigger memories that make Jessa realize their past relationship may not be exactly as she remembered. And she starts to question whether she really knew Caleb at all. Each fragment of his life reveals a new clue that propels Jessa to search for the truth about Caleb's accident. What really happened on the storm-swept bridge? 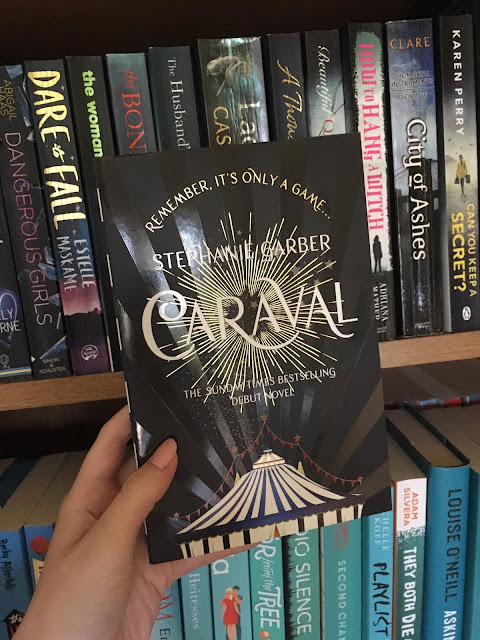 Scarlett has never left the tiny isle of Trisda, pining from afar for the wonder of Caraval, a once-a-year, week-long performance where the audience participates in the show.  When Scarlett discovers her father has arranged a marriage for her she believes all her hopes of escape have been dashed. Then the sisters' long-awaited invitations to Caraval finally arrive and it seems their dreams have come true. Yet, no sooner have they entered the confines of Caraval than Tella vanishes, kidnapped by the show's mastermind organiser, Legend. Scarlett has been told that everything that happens during Caraval is only an elaborate performance. But nonetheless she quickly becomes enmeshed in a dangerous game of love, magic and heartbreak. Real or not, she must find Tella before the game is over, and her sister disappears forever. 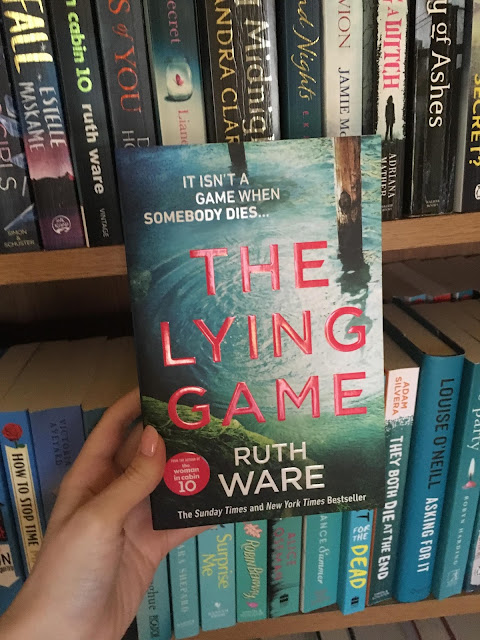 The text message arrives in the small hours of the night. It's just three words: I need you.
Isa drops everything, takes her baby daughter and heads straight to Salten.
She spent the most significant days of her life at boarding school on the marshes there, days which still cast their shadow over her.
At school Isa and her three best friends used to play the Lying Game. They competed to convince people of the most outrageous stories. Now, after seventeen years of secrets, something terrible has been found on the beach. 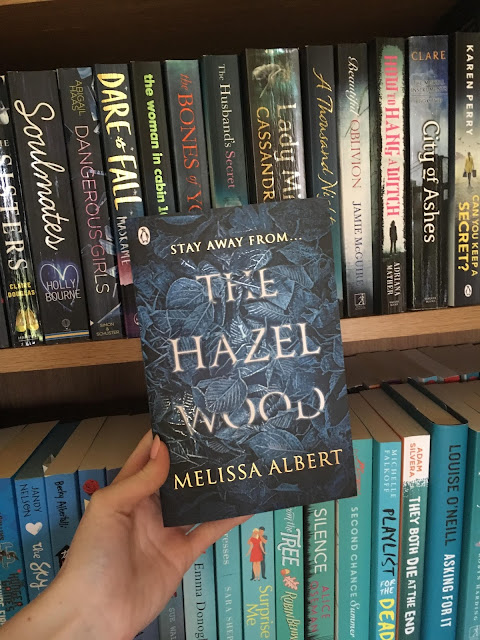 Seventeen-year-old Alice and her mother have spent most of Alice's life on the road, always a step ahead of the strange bad luck biting at their heels.
But when Alice's grandmother, the reclusive author of a book of pitch-dark fairy tales, dies alone on her estate - the Hazel Wood - Alice learns how bad her luck can really get.
Her mother is stolen away - by a figure who claims to come from the cruel supernatural world where her grandmother's stories are set. Alice's only lead is the message her mother left behind: STAY AWAY FROM THE HAZEL WOOD.

Sandy hall’s been here all along 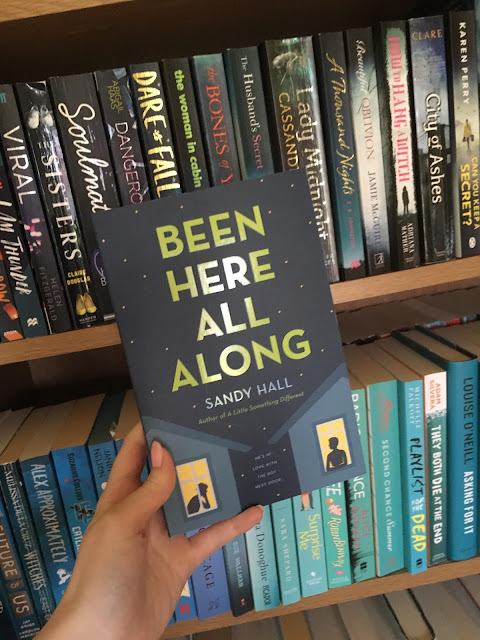 Gideon always has a plan. His plans include running for class president, becoming head of the yearbook committee and having his choice of colleges. They do not include falling head over heels for his best friend and next-door neighbour, Kyle. It's a distraction. It's pointless, as Kyle is already dating the gorgeous and popular head cheerleader, Ruby. And Gideon doesn't know what to do... Kyle finally feels like he has a handle on life. He has a wonderful girlfriend, a best friend willing to debate the finer points of Lord of the Rings, and social acceptance as captain of the basketball team. Then, both Ruby and Gideon start acting really weird, just as his spot on the team is threatened, and Kyle can't quite figure out what he did wrong...

So those are the books I treated myself to!! I'd really recommend, if you're in the UK, checking out your biggest local TESCO store at the moment, because they have a LOAD of new YA releases (and adult, actually) for great deals (£4 each or 2 for £7).

Posted by Exploration of Creation at 04:51