Today's post is going to be my (hopefully!) monthly library haul!! I found some really interesting books at the library this time around, two of them in particular (Moonrise & Girls On Fire) being books I've been desperate to read for quite a while now, so that's always a great feeling, discovering them for free in the library! Alternatively, some of them are sort of fluke-finds that I'm not entirely convinced will be my cup of tea; but that's yet another plus about reading library books - zero commitment necessary!! Anyway, on with the gems... 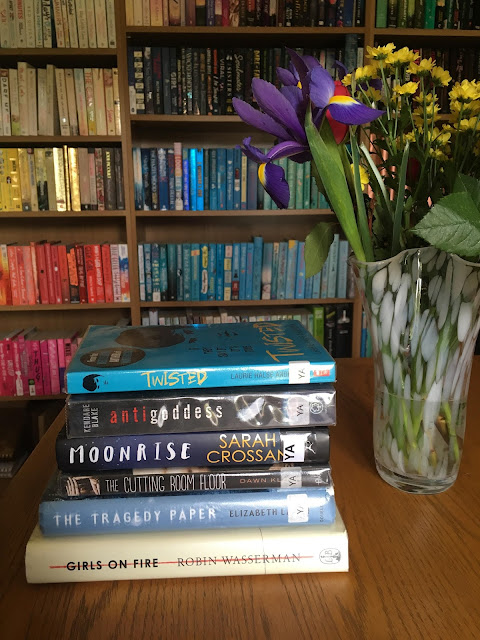 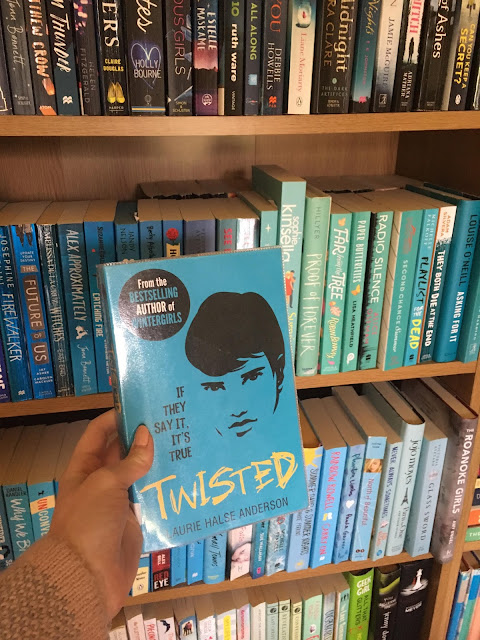 High school senior Tyler Miller used to be the kind of guy who faded into the background—average student, average looks, average dysfunctional family. But since he got busted for doing graffiti on the school, and spent the summer doing outdoor work to pay for it, he stands out like you wouldn’t believe. His new physique attracts the attention of queen bee Bethany Milbury, who just so happens to be his father’s boss’s daughter, the sister of his biggest enemy—and Tyler’s secret crush. And that sets off a string of events and changes that have Tyler questioning his place in the school, in his family, and in the world. 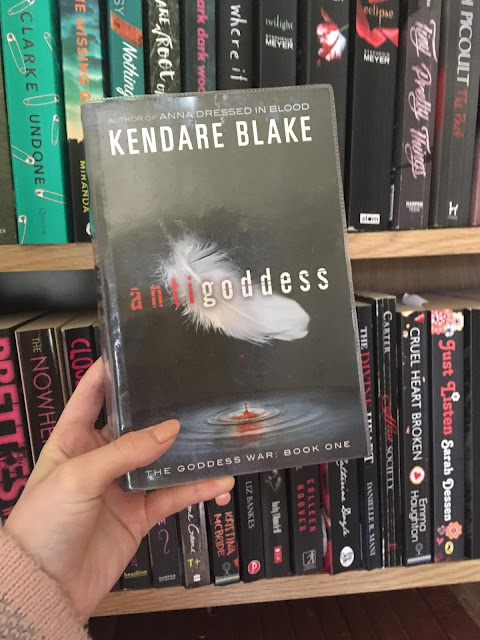 Old Gods never die…
Or so Athena thought. But then the feathers started sprouting beneath her skin, invading her lungs like a strange cancer, and Hermes showed up with a fever eating away his flesh.


Athena and Hermes travel the world, gathering allies and discovering enemies both new and old. Their search leads them to Cassandra—an ordinary girl who was once an extraordinary prophetess, protected and loved by a god.
Hera, the queen of the gods, has aligned herself with other of the ancient Olympians, who are killing off rivals in an attempt to prolong their own lives. Athena will need every advantage she can get, because immortals don’t just flicker out.
Every one of them dies in their own way.
The Goddess War is about to begin. 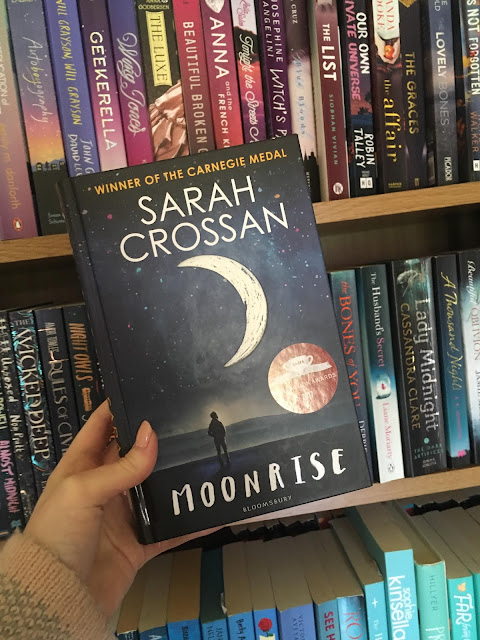 "They think I hurt someone. But I didn't. You hear? Cos people are gonna be telling you all kinds of lies. I need you to know the truth."
Joe hasn't seen his brother for ten years, and it's for the most brutal of reasons. Ed is on death row. But now Ed's execution date has been set, and Joe is determined to spend those last weeks with him, no matter what other people think... 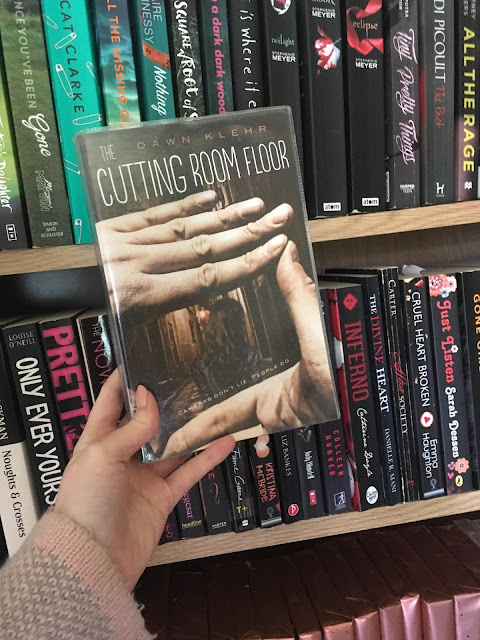 Life in the Heights has never been easy for seventeen-year-old Riley Frost, but when she's publicly dumped and outed at the same time, she becomes an immediate social outcast at her high school. So Riley swears off romance and throws herself into solving the shocking murder of her favourite teacher, Ms. Dunn. Riley turns to her best friend, budding filmmaker Desmond Brandt, for help. What she doesn't know is that Dez has been secretly directing her life, blackmailing her friends, and hoping his manipulations will make her love him. When his schemes go too far, Dez's web of lies threatens to destroy both of their lives. 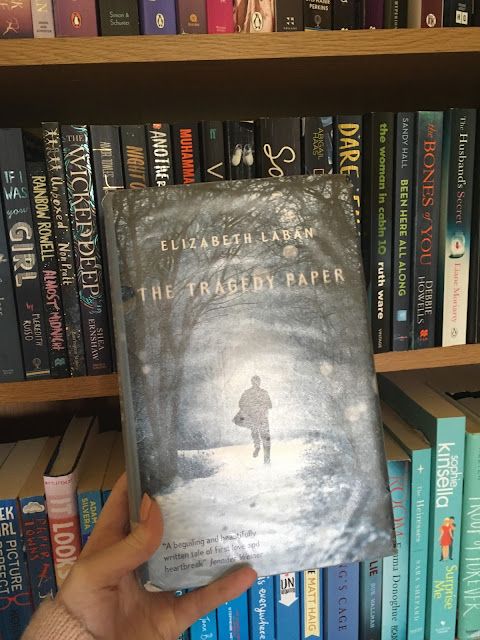 Every year at an exclusive private boarding school in New York state, the graduating students uphold an old tradition - they must swear an oath of secrecy and leave behind a "treasure" for each incoming senior. When Duncan Meade inherits the room and secrets of Tim Macbeth, he uncovers evidence of a clandestine romance, and unravels the truth behind one of the biggest mysteries in the school's history. How far would you go to keep a secret? 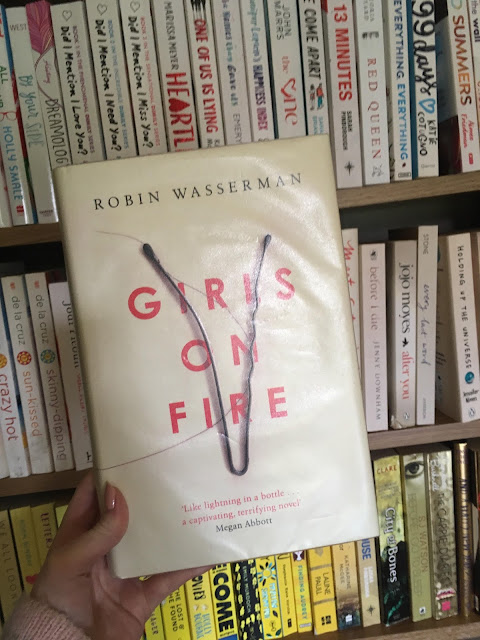 Hannah Dexter is a nobody, ridiculed and isolated at school by golden girl Nikki Drummond. But in their junior year of high school, Nikki's boyfriend walks into the woods and shoots himself.
In the wake of the suicide, Hannah befriends new girl Lacey and soon the pair are inseparable, bonded by their shared hatred of Nikki. Lacey transforms good girl Hannah into Dex who is up for any challenge Lacey throws at her. The two girls bring their combined wills to bear on the community in which they live and think they are invulnerable.
But Lacey has a secret, about life before her better half, and it's a secret that will change everything...

So, these are the cool books that I found this month!! When was the last time you went to the library? What's your best library find? Let me know in the comments section down below!!

Posted by Exploration of Creation at 07:53