Today I'm doing another "Try A Chapter" tag (check out my others here and here). This is a really fun, imaginative way to choose a new book to read. I selected five books I'm keen to read and read the first chapter of each - where there was a prologue of only a page or two, I included that in the first chapter, but any longer kind of stood as a chapter of its own. The following books are the ones I'm particularly eager to read!!! 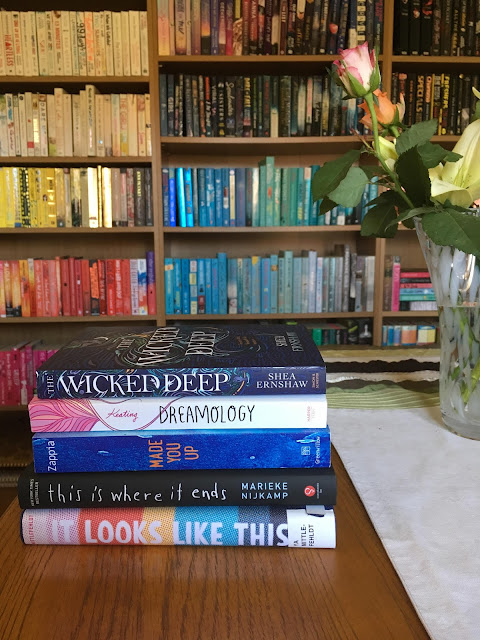 Welcome to the cursed town of Sparrow...
Two centuries ago, in the small, isolated town, three sisters were sentenced to death for witchery.  Now, for a brief time each summer, the sisters return from the depths, stealing the bodies of three weak-hearted girls so that they may seek their revenge, luring boys into the harbor and pulling them down to their watery deaths.Like many locals, seventeen-year-old Penny Talbot has accepted the fate of the town. But this year, on the eve of the sisters' return, a boy named Bo Carter arrives...Mistrust and lies spread quickly through the salty, rain-soaked streets. The townspeople turn against one another. Penny and Bo suspect each other of hiding secrets. And death comes swiftly to those who cannot resist the call of the sisters.
[HAVING READ ONE CHAPTER: This book's prologue was so effective; atmospheric, creepy, intriguing. Unfortunately, though the first chapter itself felt a little underwhelming in comparison. It was still engaging, it just felt more introductory and expositionary, as a lot of opening chapters so often do.]

marieke nijkamp's this is where it ends

[I am so engaged by the premise of this book, knowing that after assembly ends, something horrendous is about to occur...but unfortunaetly, the first chapter just wasn't much of anything, really. It was only building up to that moment, and with explanation/description/introduction, as opposed to effective tension-building. This isn't uncommon, really, it's just that it makes more difference in a tag like this one, I guess!!]

francesca zappia's made you up

Alex fights a daily battle to figure out the difference between reality and delusion. Armed with a take-no-prisoners attitude, her camera, a Magic 8-Ball, and her only ally (her little sister), Alex wages a war against her schizophrenia, determined to stay sane long enough to get into college. She’s pretty optimistic about her chances until classes begin, and she runs into Miles. Didn't she imagine him? Before she knows it, Alex is making friends, going to parties, falling in love, and experiencing all the usual rites of passage for teenagers. But Alex is used to being crazy. She’s not prepared for normal.

[I am so excited to get to this book - I read Francesca Zappia's Eliza and her Monsters at the start of this year and ADORED it. This first chapter felt a little disconnected from the wider plot, though, I think. I'm excited to keep reading it, someday soon!]

For as long as Alice can remember, she has dreamed of Max. Together, they have travelled the world and fallen deliriously, hopelessly in love. Max is the boy of her dreams—and only her dreams. Because he doesn’t exist.
But when Alice walks into class on her first day at a new school, there he is. Real Max is nothing like Dream Max. He’s stubborn and complicated. And he has a whole life Alice isn’t a part of. Getting to know each other in reality isn’t as perfect as Alice always hoped.Alarmingly, when their dreams start to bleed into their waking hours, the pair realize that they might have to put an end to a lifetime of dreaming about each other. But when you fall in love in your dreams, can reality ever be enough?

[This is a book about a girl who falls in love with a guy from her dreams, and then one day, he shows up as a new student at her school. This first chapter just detailed one of her dreams about him. They were cute and had plenty of chemistry; the moment where she knew she was waking up was surprisingly sad. I'm more excited to see their real life interactions, though.]

A new state, a new city, a new high school. Mike's father has already found a new evangelical church for the family to attend, even if Mike and his plainspoken little sister, Toby, don't want to go. Dad wants Mike to ditch art for sports, to toughen up, but there’s something uneasy behind his demands.
Then Mike meets Sean, the new kid, and "hey" becomes games of basketball, partnering on a French project, hanging out after school. A night at the beach. The fierce colors of sunrise. But Mike's father is always watching. And so is Victor from school, cell phone in hand...

[The first chapter of this book is SO beautifully written, just like the gorgeousness of the blurb. Although it didn't say all that much about what was coming, it did intrigue me and I immediately felt emotionally connected to the narrative because of the lyrical style, as I mentioned.]

So, those are the five books and I decided on... 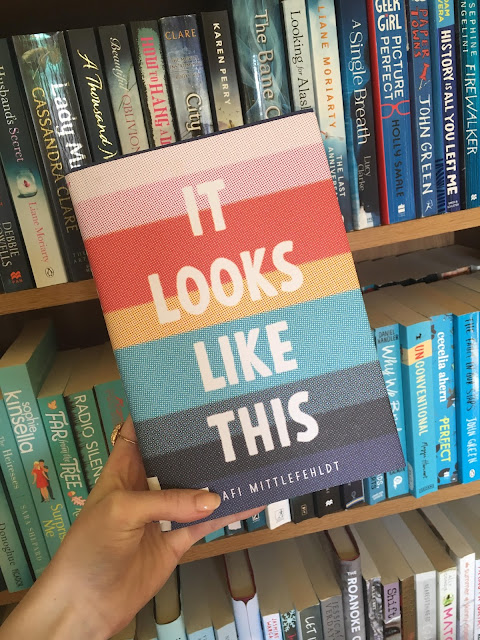 This book is really, really beautiful. The style is this strange mixture of simplistic and lyrical, which I really, really loved. I will warn you all though, this plot is a little heartbreaking...make that a LOT heartbreaking. I absolutely ADORED the relationship between Mike and his younger sister Toby. In fact, I'd like to read a whole novel of Toby's story, too - she was SO great!! There were some really difficult, damaging parental dynamics within this book and then some moments great motherhood. Mike and Sean had immense chemistry, I loved reading their scenes together. What happens after that fated night at the beach, mentioned in the blurb, is just so painful. I'd really recommend this book if you're looking for more m/m love stories - this is a really gorgeous one.

I really love doing these tags - please let me know if you have plans to do one too, or if you've read and enjoyed/even hated any of these novels yourself!!

Posted by Exploration of Creation at 04:44