Welcome to my penultimate unwrapped-TBR post!! These are the exciting reads that I'm planning to get through in July (apologies that I'm posting this a little late, but life has been manic), both in their glorious rose-gold-wrapped form and just plain-old unwrapped. Please do let me know if you've read any of these and your (spoiler-free!) opinions - just leave a comment down below. Now, on with the stack... 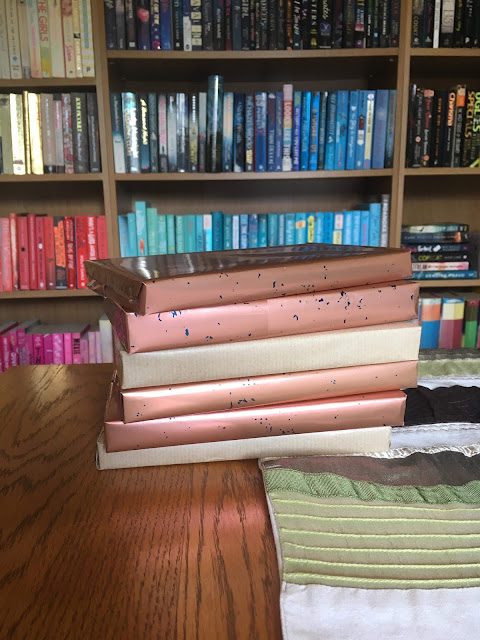 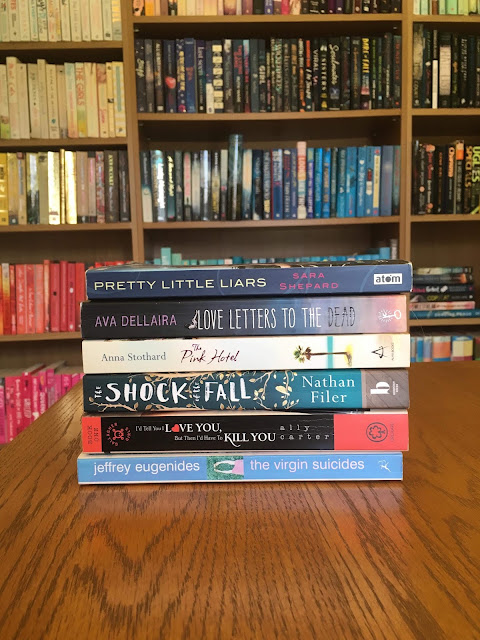 Three years ago, Alison disappeared after a slumber party, not to be seen since. Her friends at the elite Pennsylvania school mourned her, but they also breathed secret sighs of relief. Each of them guarded a secret that only Alison had known. Now they have other dirty little secrets, secrets that could sink them in their gossip-hungry world. When each of them begins receiving anonymous emails and text messages, panic sets in. Are they being betrayed by some one in their circle? Worse yet: Is Alison back?

It begins as an assignment for English class: Write a letter to a dead person. Laurel chooses Kurt Cobain because her sister, May, loved him. And he died young, just like May did. She writes about starting high school, navigating new friendships, falling in love for the first time, learning to live with her splintering family. And, finally, about the abuse she suffered while May was supposed to be looking out for her. Only then, once Laurel has written down the truth about what happened to herself, can she truly begin to accept what happened to May.

A seventeen-year-old London girl flies to Los Angeles for the funeral of her mother Lily, from whom she had been separated in her childhood. After stealing a suitcase of letters, clothes and photographs from her mum's bedroom at the top of a hotel on Venice Beach, the girl spends her summer travelling around Los Angeles returning love letters and photographs to the men who had known her mother. As she discovers more about Mandy's past and tries to re-enact her life, she comes to question the foundations of her own personality.

Nathan Filer’s The Shock of the Fall

While on vacation with their parents, Matthew Homes and his older brother snuck out in the middle of the night. Only Matthew came home safely. Ten years later, Matthew tells us, he has found a way to bring his brother back...What begins as the story of a lost boy turns into a story of a brave man yearning to understand what happened that night, in the years since, and to his very person.

Ally Carter’s I’d Tell You I Love You, but then I’d Have to Kill You

Cammie Morgan is a student at the Gallagher Academy for Exceptional Young Women. The Gallagher Academy might claim to be a school for geniuses but it's really a school for spies. Even though Cammie is fluent in fourteen languages and capable of killing a man in seven different ways, she has no idea what to do when she meets an ordinary boy who thinks she's an ordinary girl. Sure, she can tap his phone, hack into his computer, or track him through town with the skill of a real "pavement artist"-but can she maneuver a relationship with someone who can never know the truth about her?

The shocking thing about the girls was how nearly normal they seemed when their mother let them out for the one and only date of their lives. Twenty years on, their enigmatic personalities are embalmed in the memories of the boys who worshipped them and who now recall their shared adolescence: the brassiere draped over a crucifix belonging to the promiscuous Lux; the sisters' breathtaking appearance on the night of the dance; and the sultry, sleepy street across which they watched a family disintegrate and fragile lives disappear.

So those are the books I need to get to in July!! Please do let me know what your TBR for this month includes!

Posted by Exploration of Creation at 02:39