Today's post is my monthly book haul; I should have a birthday book haul coming very soon, but this is just a round up of the books I bought myself during the month of March (spoiler alert: some really great ones). 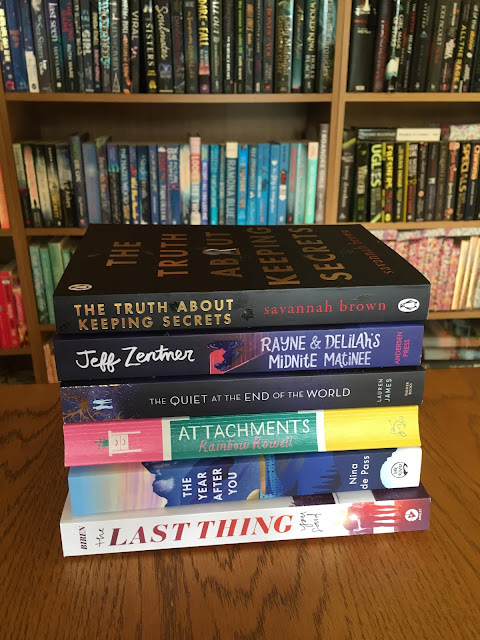 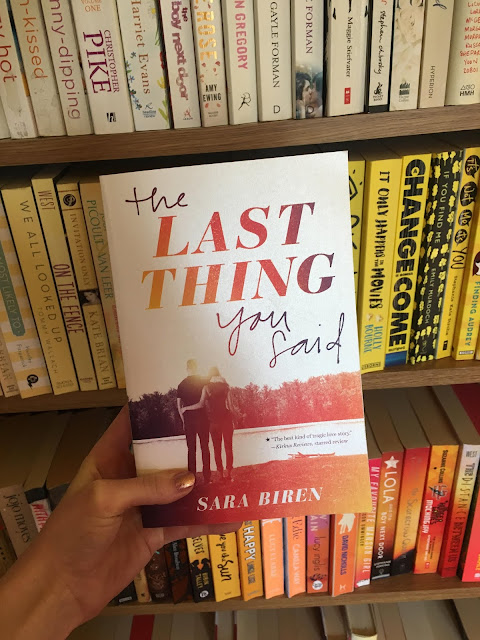 Last summer, Lucy’s and Ben’s lives changed in an instant. One moment, they were shyly flirting on a lake raft, finally about to admit their feelings to each other after years of yearning. In the next, Trixie—Lucy’s best friend and Ben’s sister—was gone, her heart giving out during a routine swim. And just like that, the idyllic world they knew turned upside down, and the would-be couple drifted apart, swallowed up by their grief. Now it’s a year later in their small lake town, and as the anniversary of Trixie’s death looms, Lucy and Ben’s undeniable connection pulls them back together. They can’t change what happened the day they lost Trixie, but the summer might finally bring them closer to healing—and to each other.

Nina de Pass’s The Year After You 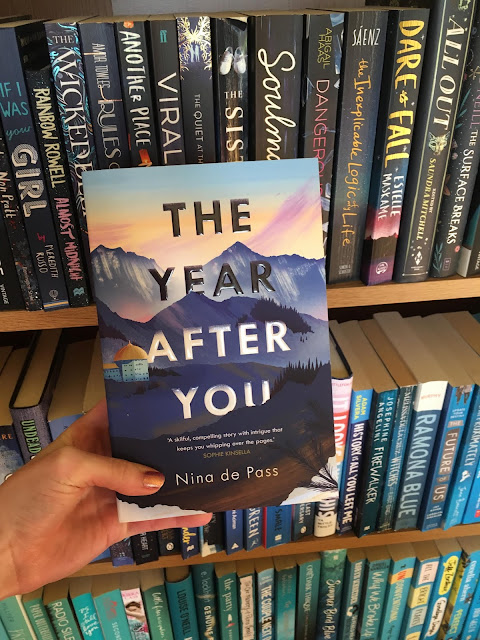 New Years’ Eve, San Francisco. The most promising party of the year ends in a tragic accident. Cara survives. Her best friend, Georgina, doesn’t.Nine months later, Cara is struggling, consumed by guilt and grief. Her mum decides that packing her off to a Swiss boarding school will be the fresh start Cara needs. But Cara knows that swapping sunshine for snow won’t make a blind bit of difference. Georgina is gone, and nothing will bring her back.On the plus side, up in the vertiginous Alps, Cara’s old life feels a million miles away. At Hope Hall, nobody knows about her past. And she intends to keep it that way. But her classmates, Ren and Hector, have other ideas. Cara tries to keep her distance, but she’s drawn to the offbeat, straighttalking Hector, who understands her grief better than anyone. Her new friends are determined to break down thewalls she has so carefully built up. And, despite it all, Cara wants them to. The closer Cara grows to Hector, the more Georgina slips away. Embracing life at Hope Hall means letting go of the past; of her memories of that fatal New Year’s Eve. But Cara’s quite sure she doesn’t deserve a second chance. 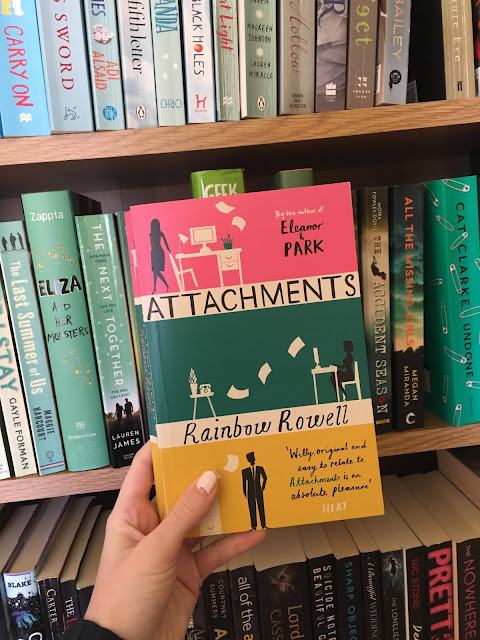 Beth Fremont and Jennifer Scribner-Snyder know that somebody is monitoring their work e-mail. (Everybody in the newsroom knows. It's company policy.) But they can't quite bring themselves to take it seriously. They go on sending each other endless and endlessly hilarious e-mails, discussing every aspect of their personal lives.Meanwhile, Lincoln O'Neill can't believe this is his job now—reading other people's e-mail. When he applied to be "internet security officer," he pictured himself building firewalls and crushing hackers—not writing up a report every time a sports reporter forwards a dirty joke.When Lincoln comes across Beth's and Jennifer's messages, he knows he should turn them in. But he can't help being entertained—and captivated—by their stories.By the time Lincoln realizes he's falling for Beth, it's way too late to introduce himself.What would he say..?

Lauren James’s The Quiet at the End of the World 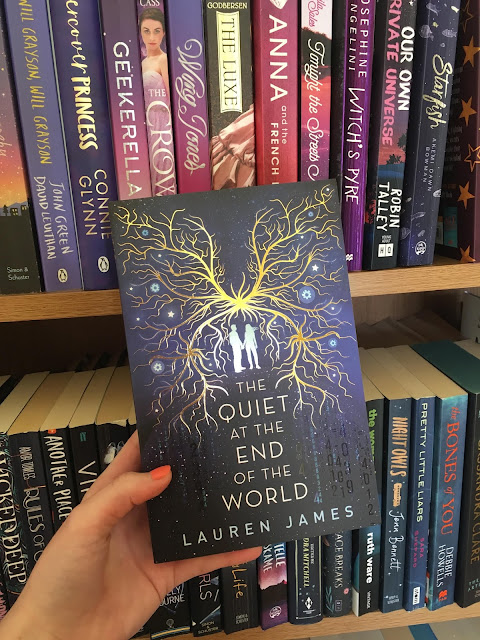 Lowrie and Shen are the youngest people on the planet after a virus caused global infertility. Closeted in a pocket of London and doted upon by a small, ageing community, the pair spend their days mudlarking for artefacts from history and looking for treasure in their once-opulent mansion. Their idyllic life is torn apart when a secret is uncovered that threatens not only their family but humanity’s entire existence. Lowrie and Shen face an impossible choice: in the quiet at the end of the world, they must decide who to save and who to sacrifice... 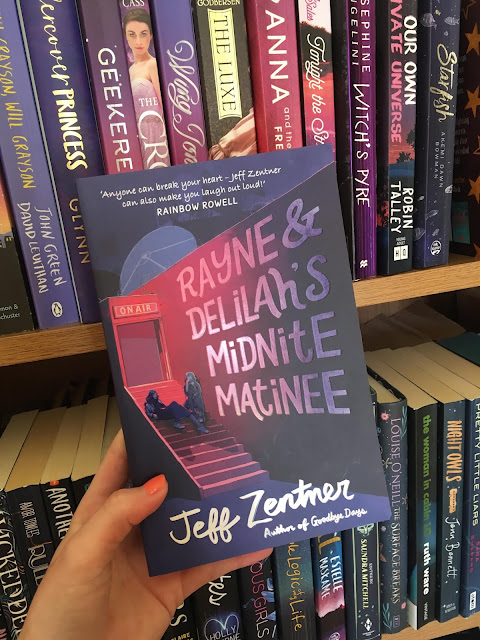 Every Friday night, best friends Delia and Josie become Rayne Ravenscroft and Delilah Darkwood, hosts of the campy creature feature show Midnite Matinee on the local cable station TV Six.But with the end of senior year quickly approaching, the girls face tough decisions about their futures. Josie has been dreading graduation, as she tries to decide whether to leave for a big university and chase her dream career in mainstream TV. And Lawson, one of the show's guest performers, a talented MMA fighter with weaknesses for pancakes, fantasy novels, and Josie, is making her tough decision even harder.Scary movies are the last connection Delia has to her dad, who abandoned the family years ago. If Midnite Matinee becomes a hit, maybe he'll see it and want to be a part of her life again. And maybe Josie will stay with the show instead of leaving her behind, too.As the tug-of-war between growing up and growing apart tests the bonds of their friendship, Josie and Delia start to realize that an uncertain future can be both monstrous...and momentous. 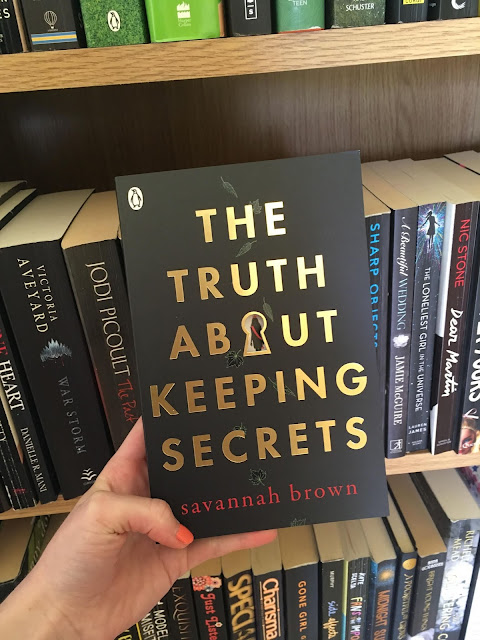 Sydney's dad is the only psychiatrist for miles around their small Ohio town.He is also unexpectedly dead.Is Sydney crazy, or is it kind of weird that her dad-a guy whose entire job revolved around other peoples' secrets-crashed alone, with no explanation?And why is June Copeland, homecoming queen and the town's golden child, at his funeral?As the two girls grow closer in the wake of the accident, it's clear that not everyone is happy about their new friendship.But what is picture perfect June still hiding? And does Sydney even want to know?

So those are the books I bought in March. Please leave any of your (spoiler-free!) thoughts down below.

Posted by Exploration of Creation at 09:02