Today's post is the unwrapping of my April TBR! Let me know in the comments below if you've read any of these books yet and your (spoiler-free!) thoughts. 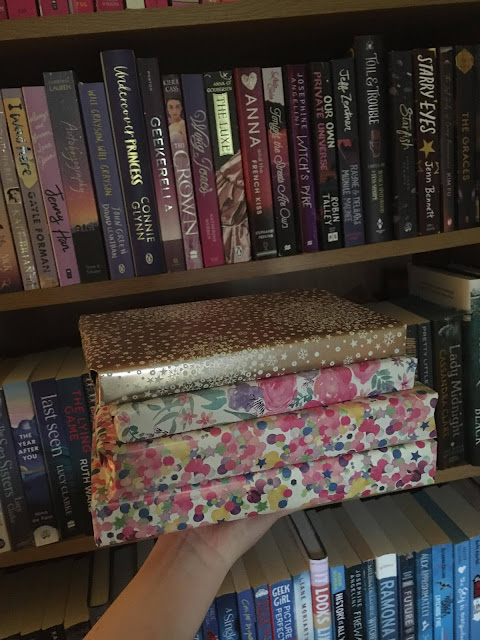 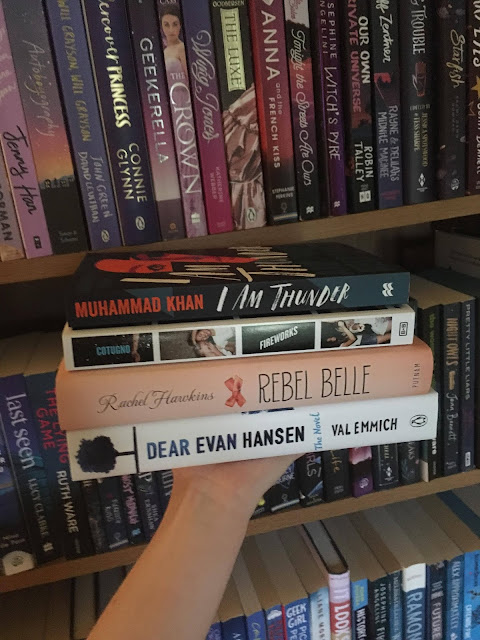 When a letter that was never meant to be seen by anyone draws high school senior Evan Hansen into a family's grief over the loss of their son, he is given the chance of a lifetime: to belong. He just has to stick to a lie he never meant to tell, that the notoriously troubled Connor Murphy was his secret best friend.Suddenly, Evan isn't invisible anymore--even to the girl of his dreams. And Connor Murphy's parents, with their beautiful home on the other side of town, have taken him in like he was their own, desperate to know more about their enigmatic son from his closest friend. As Evan gets pulled deeper into their swirl of anger, regret, and confusion, he knows that what he's doing can't be right, but if he's helping people, how wrong can it be?No longer tangled in his once-incapacitating anxiety, this new Evan has a purpose. And a website. He's confident. He's a viral phenomenon. Every day is amazing. Until everything is in danger of unraveling and he comes face to face with his greatest obstacle: himself.

Harper Price, peerless Southern belle, was born ready for a Homecoming tiara. But after a strange run-in at the dance imbues her with incredible abilities, Harper's destiny takes a turn for the seriously weird. She becomes a Paladin, one of an ancient line of guardians with agility, super strength and lethal fighting instincts.Just when life can't get any more disastrously crazy, Harper finds out who she's charged to protect: David Stark, school reporter, subject of a mysterious prophecy and possibly Harper's least favorite person. But things get complicated when Harper starts falling for him—and discovers that David's own fate could very well be to destroy Earth.

It was always meant to be Olivia. She was the talented one, the one who had been training to be a star her whole life. Her best friend, Dana, was the level-headed one, always on the sidelines, cheering her best friend along. But everything changes when Dana tags along with Olivia to Orlando for the weekend, where superproducer Guy Monroe is holding auditions for a new singing group, and Dana is discovered too. Dana, who’s never sung more than Olivia’s backup. Dana, who wasn’t even looking for fame. Next thing she knows, she and Olivia are training to be pop stars, and Dana is falling for Alex, the earnest, endlessly talented boy who’s destined to be the next big thing. It should be a dream come true, but as the days of grueling practice and constant competition take their toll, things between Olivia and Dana start to shift . . . and there’s only room at the top for one girl. For Olivia, it’s her chance at her dream. For Dana, it’s a chance to escape a future that seems to be closing in on her. And for these lifelong best friends, it’s the adventure of a lifetime—if they can make it through.

Muhammad Khan’s I Am Thunder

Fifteen-year-old Muzna Saleem, who dreams of being a writer, struggles with controlling parents who only care about her studying to be a doctor. Forced to move to a new school in South London after her best friend is shamed in a scandal, Muzna realizes that the bullies will follow her wherever she goes. But deciding to stand and face them instead of fighting her instinct to disappear is harder than it looks when there's prejudice everywhere you turn. Until the gorgeous and confident Arif shows an interest in her, encouraging Muzna to explore her freedom. But Arif is hiding his own secrets and, along with his brother Jameel, he begins to influence Muzna with their extreme view of the world. As her new freedom starts to disappear, Muzna is forced to question everything around her and make a terrible choice - keep quiet and betray herself, or speak out and betray her heart?

So that's my TBR for the coming month! Let me know your reading plans for April.

Posted by Exploration of Creation at 08:02