Today's post is going to be a birthday book haul; I received some Amazon vouchers from some lovely, generous people for my birthday and these are the books I bought with them!! 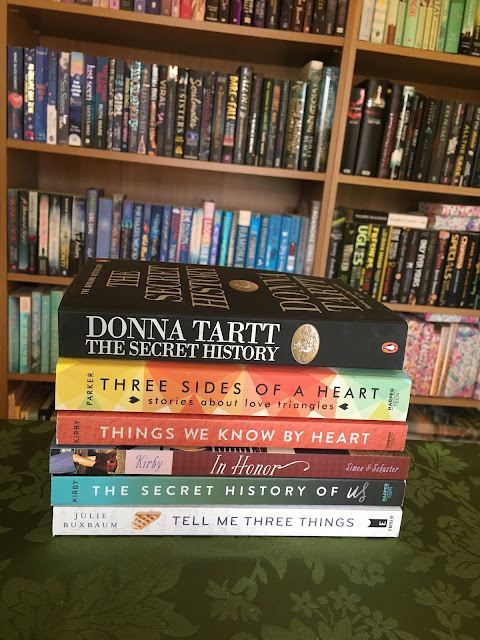 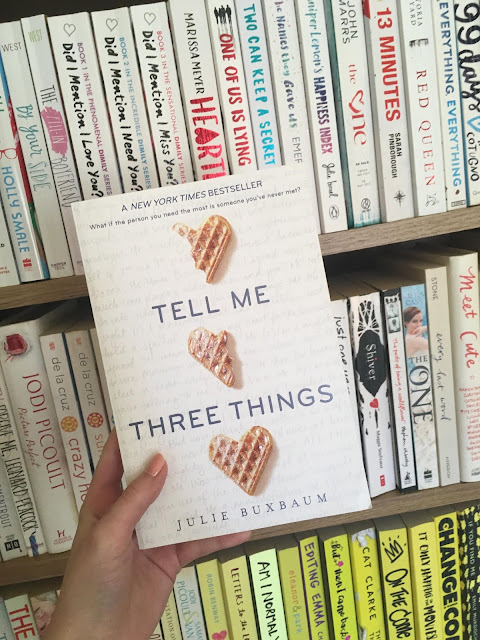 Everything about Jessie is wrong. At least, that’s what it feels like during her first week of junior year at her new ultra-intimidating prep school in Los Angeles. Just when she’s thinking about hightailing it back to Chicago, she gets an email from a person calling themselves Somebody/Nobody (SN for short), offering to help her navigate the wilds of Wood Valley High School. Is it an elaborate hoax? Or can she rely on SN for some much-needed help?

It’s been barely two years since her mother’s death, and because her father eloped with a woman he met online, Jessie has been forced to move across the country to live with her stepmonster and her pretentious teenage son.

In a leap of faith—or an act of complete desperation—Jessie begins to rely on SN, and SN quickly becomes her lifeline and closest ally. Jessie can’t help wanting to meet SN in person. But are some mysteries better left unsolved?

Jessi Kirby’s The Secret History of Us 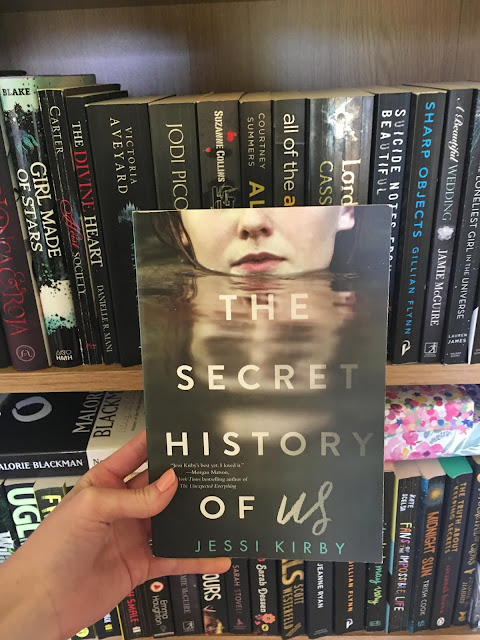 Olivia wakes up to realize she doesn’t remember. Not just the accident—but anything from the last four years. Not high school. Not Matt, the guy who is apparently her boyfriend. Not the reason she and Jules are no longer friends. Nothing.
That’s when it hits her—the accident may not have taken her life, but it took something just as vital: her memory. The harder she tires to remember things, the foggier everything gets, and figuring out who she is feels impossible when everyone keeps telling her who she was.But then there’s Walker. The guy who saved her. The one who broke her ribs pumping life back into her lungs. The hardened boy who keeps his distance despite Olivia’s attempts to thank him.With her feelings growing for Walker, tensions rising with Matt, and secrets she can’t help but feel are being kept from her, Olivia must find her place in a life she doesn’t even remember living. 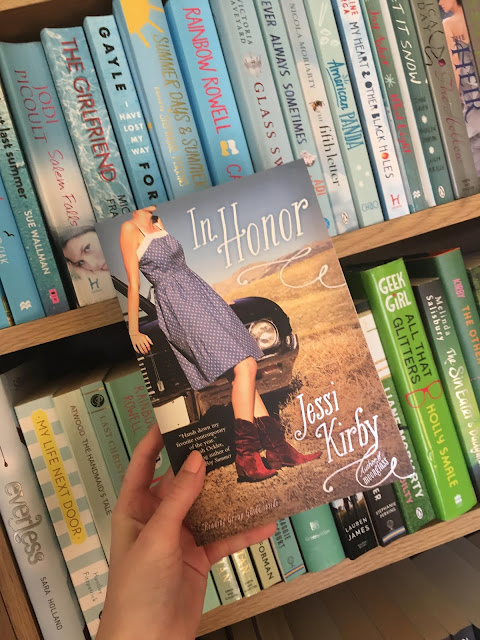 Honor receives her brother’s last letter from Iraq three days after learning that he died, and opens it the day his fellow Marines lay the flag over his casket. Its contents are a complete shock: concert tickets to see Kyra Kelly, her favorite pop star and Finn’s celebrity crush. In his letter, he jokingly charged Honor with the task of telling Kyra Kelly that he was in love with her.

Grief-stricken and determined to grant Finn’s last request, she rushes to leave immediately. But she only gets as far as the driveway before running into Rusty, Finn’s best friend since third grade and his polar opposite. She hasn’t seen him in ages, thanks to a falling out between the two guys, but Rusty is much the same as Honor remembers him: arrogant, stubborn . . . and ruggedly good-looking. Neither one is what the other would ever look for in a road trip partner, but the two of them set off together, on a voyage that makes sense only because it doesn’t. Along the way, they find small and sometimes surprising ways to ease their shared loss and honor Finn--but when shocking truths are revealed at the end of the road, will either of them be able to cope with the consequences? 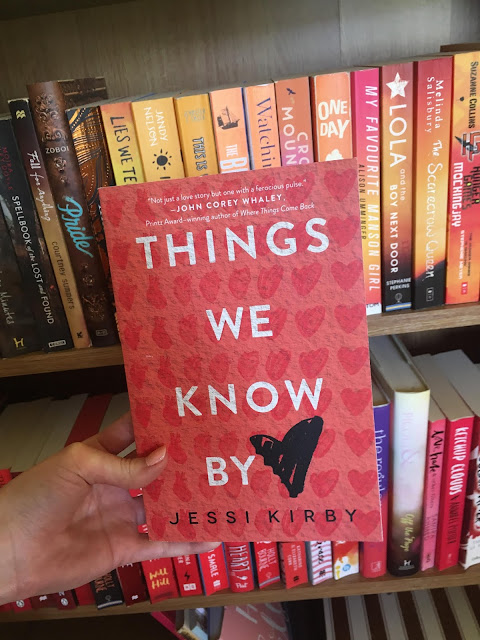 After Quinn’s boyfriend, Trent, dies in an accident their junior year, she reaches out to the recipients of his donated organs in hopes of picking up the fragments of her now-unrecognizable life. But whoever received Trent’s heart has chosen to remain silent. The essence of a person, Quinn has always believed, is in the heart. If she finds Trent’s, then in a way, she will still have a piece of him.Risking everything to get closure once and for all, Quinn goes outside the system to track down nineteen-year-old Colton Thomas, whose life has been forever changed by this priceless gift. But what starts as an accidental run-in quickly develops into something more, sparking an undeniable attraction. She doesn’t want to give in to it—especially since he has no idea how they’re connected—but the time Quinn spends with Colton makes her feel alive again. No matter how hard she’s falling for Colton, though, each beat of his heart reminds her of all she’s lost . . . and all that remains at stake.

Three Sides of a Heart – An Anthology 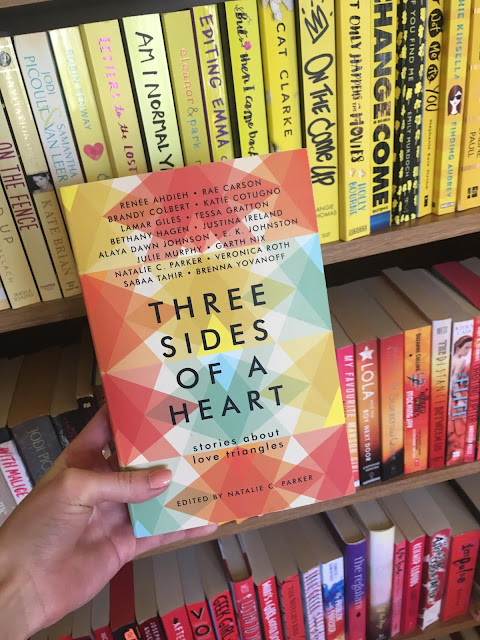 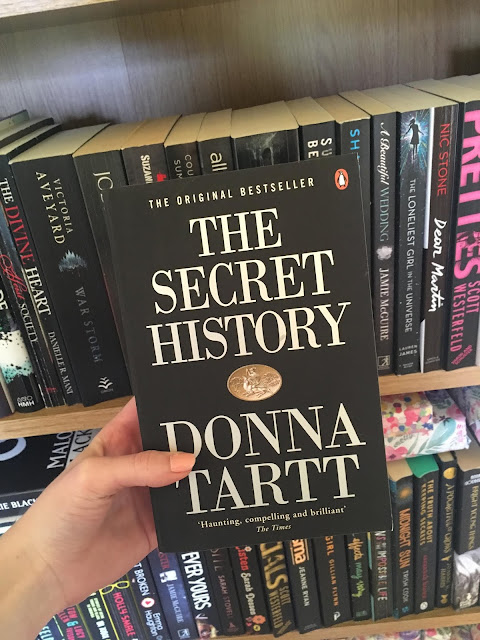 Under the influence of their charismatic classics professor, a group of clever, eccentric misfits at an elite New England college discover a way of thinking and living that is a world away from the humdrum existence of their contemporaries. But when they go beyond the boundaries of normal morality they slip gradually from obsession to corruption and betrayal, and at last - inexorably - into evil.

So those are the books I got! Let me know if you've read any of them and your (spoiler-free!) thoughts, by leaving a comment down below.

Posted by Exploration of Creation at 07:19