Today's blog post is detailing the unwrapping of my May 2019 TBR; these are the books I'm going to definitely read in May, before and after their unveiling!! 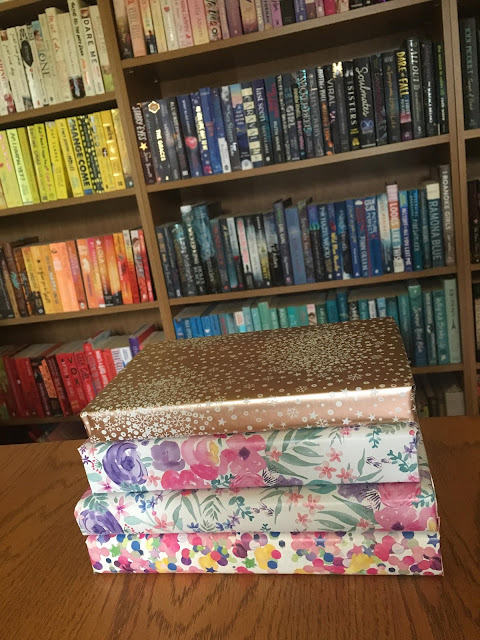 So the books for next month are... 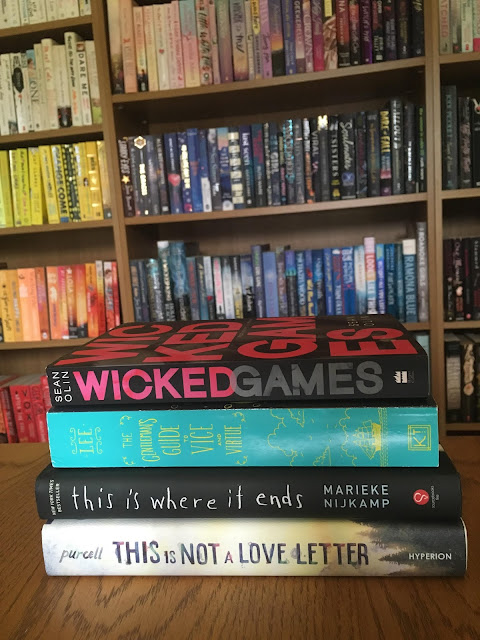 To all the locals in the small beach town of Dream Point, Carter and Lilah seem like the perfect It Couple—but their relationship is about to brutally unravel before everyone’s eyes.Carter has always been a good guy, and while Lilah has a troubled past, she’s been a loyal girlfriend for the last four years. When Jules enters the picture at a senior-year bash, Carter doesn’t intend to succumb to temptation. He’s not planning to fall in love.But Carter’s best intentions add up to nothing when Lilah catches wind of his betrayal—and decides that Jules needs to pay. By the end of the summer, the line between right and wrong will be blurred beyond recognition. Blood will be shed. Nothing in Dream Point will ever be the same.

Mackenzi Lee’s The Gentleman’s Guide to Vice and Virtue

Henry “Monty” Montague was born and bred to be a gentleman, but he was never one to be tamed. The finest boarding schools in England and the constant disapproval of his father haven’t been able to curb any of his roguish passions—not for gambling halls, late nights spent with a bottle of spirits, or waking up in the arms of women or men.But as Monty embarks on his Grand Tour of Europe, his quest for a life filled with pleasure and vice is in danger of coming to an end. Not only does his father expect him to take over the family’s estate upon his return, but Monty is also nursing an impossible crush on his best friend and traveling companion, Percy.Still it isn’t in Monty’s nature to give up. Even with his younger sister, Felicity, in tow, he vows to make this yearlong escapade one last hedonistic hurrah and flirt with Percy from Paris to Rome. But when one of Monty’s reckless decisions turns their trip abroad into a harrowing manhunt that spans across Europe, it calls into question everything he knows, including his relationship with the boy he adores.

Marieke Nijkamp’s This Is Where It Ends

Kim Purcell’s This is Not a Love Letter

One week. That's all Jessie said. A one-week break to get some perspective before graduation, before she and her boyfriend, Chris, would have to make all the big, scary decisions about their future--decisions they had been fighting about for weeks.Then, Chris vanishes. The police think he's run away, but Jessie doesn't believe it. Chris is popular and good-looking, about to head off to college on a full-ride baseball scholarship. And he disappeared while going for a run along the river--the same place where some boys from the rival high school beat him up just three weeks ago. Chris is one of the only black kids in a depressed paper mill town, and Jessie is terrified of what might have happened.As the police are spurred to reluctant action, Jessie speaks up about the harassment Chris kept quiet about and the danger he could be in. But there are people in Jessie's town who don't like the story she tells, who are infuriated by the idea that a boy like Chris would be a target of violence. They smear Chris’s character and Jessie begins receiving frightening threats.Every Friday since they started dating, Chris has written Jessie a love letter. Now Jessie is writing Chris a letter of her own to tell him everything that’s happening while he’s gone. As Jessie searches for answers, she must face her fears, her guilt, and a past more complicated than she would like to admit.

So those are the books I'll be reading next month! Let me know if you've read any of them and your (spoiler-free!) thoughts by leaving a comment down below!!

Posted by Exploration of Creation at 01:23