Today's post is my monthly TBR - for February, I'll be selecting my TBR using this new unwrapping technique, which I wrote about here - basically, all of my to-be-read books are wrapped up, and I've randomly picked six (thanks to one of my best friends giving me six random numbers) to unwrap that I absolutely must get to in February, unless they get DNF-ed and consequently un-hauled. Anyway, let's get started!!! 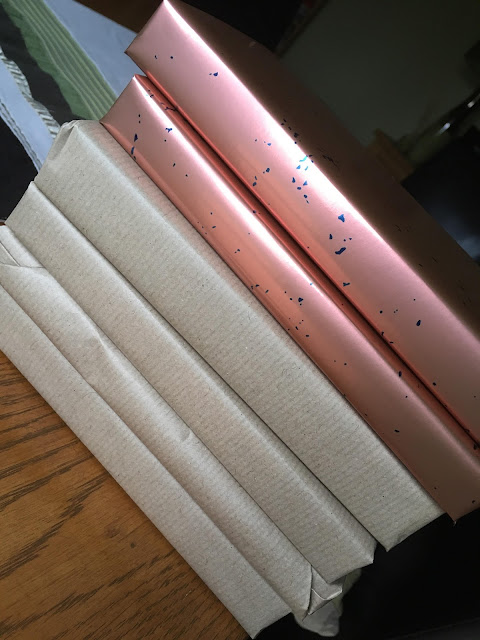 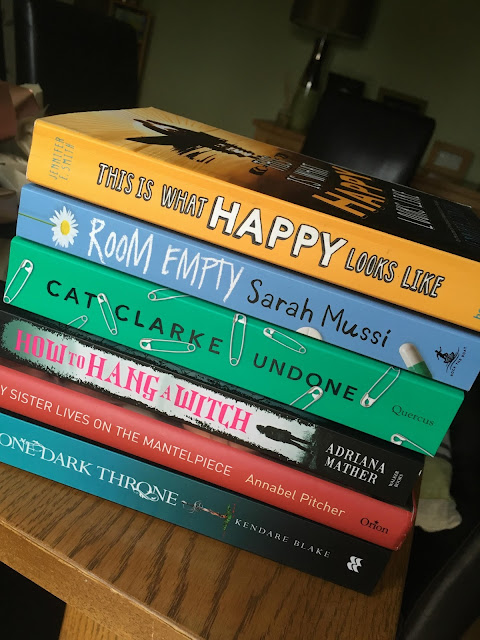 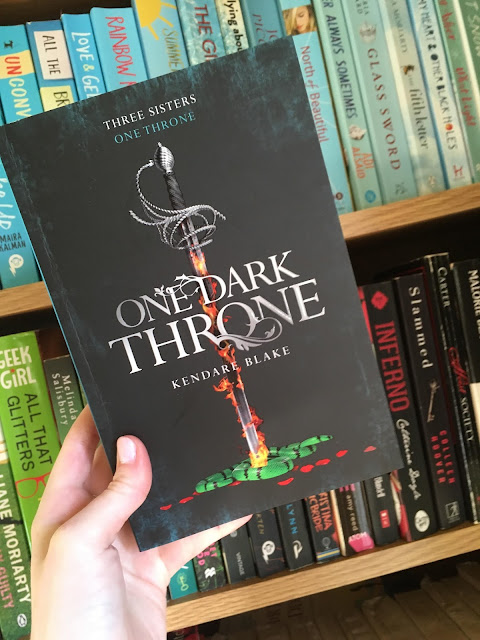 With the unforgettable events of the Quickening behind them and the Ascension Year underway, all bets are off. Katharine, once the weak and feeble sister, is stronger than ever before. Arsinoe, after discovering the truth about her powers, must figure out how to make her secret talent work in her favour without anyone finding out. And Mirabella, once thought to be the strongest sister of all and the certain Queen Crowned, faces attacks like never before - ones that put those around her in danger that she can't seem to prevent.

Annabel pitcher’s my sister lives on the mantelpiece 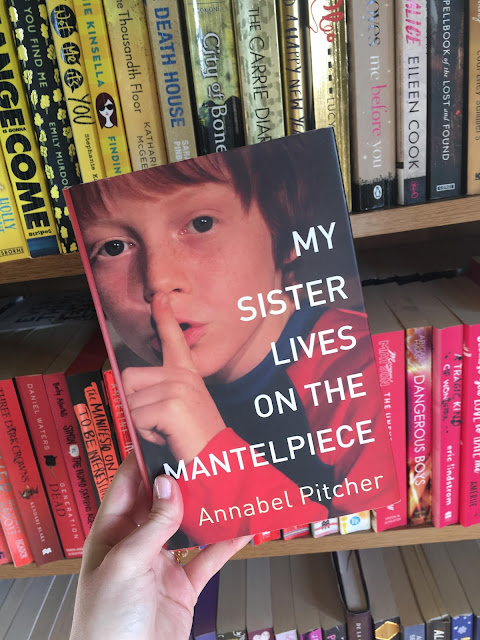 Five years ago, Jamie's sister, Rose, was blown up by a terrorist bomb. His family is torn apart by their grief. His mum runs away. His dad turns to drink and hate. Rose's surviving twin sister Jasmine stops eating, gets piercings and dyes her hair pink - anything to look different to her twin. But Jamie hasn't cried in all that time. To him, Rose is just a distant memory. But moving away for a Fresh New Start introduces Jamie to something else very interesting - a girl named Sunya. Sunya is bright, exciting and fun, and the one person at school he can call a friend. But how far can this new friendship grow when Jamie is desperate that his dad doesn't find out?

Adriana mather’s How to hang a witch 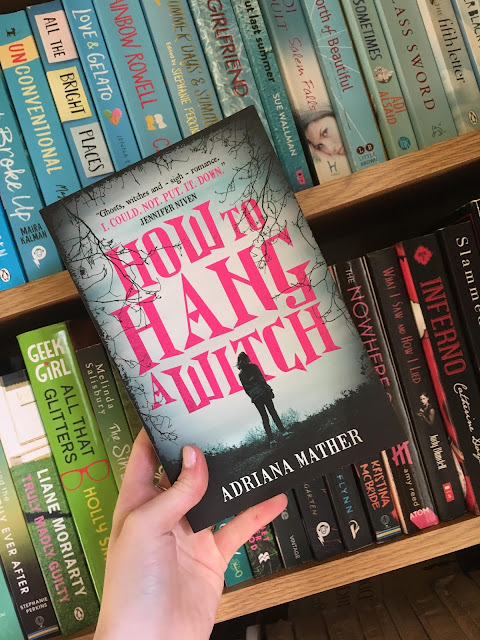 After Sam's father is hospitalised, she has to move from New York to Salem with her stepmother, Vivian. Unfortunately, Sam is related to Cotton Mather, one of the men responsible for the Salem Witch Trials, and to say she feels unwelcome in Salem is an understatement... She is particularly unnerved by The Descendants, a mysterious and tight-knit group of girls related to those persecuted in the Trials. When a centuries-old curse is rekindled, Sam finds herself at the centre of it. Can she stop history repeating itself? 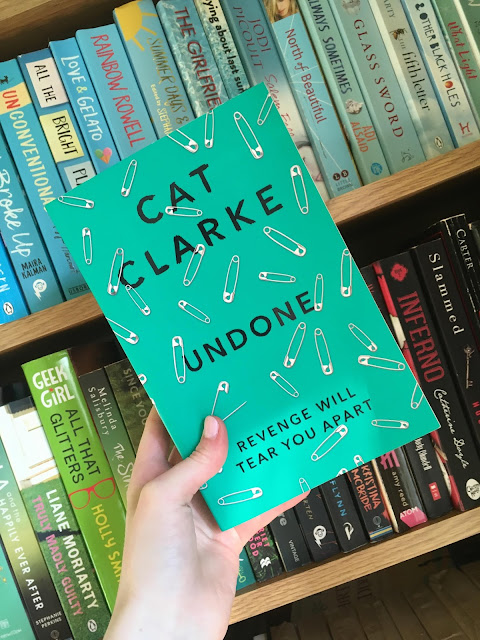 Jem Halliday is in love with her gay best friend. Not exactly ideal, but she's learning to live with it. Then the unspeakable happens. Kai is outed online ... and he kills himself. Jem knows nothing she can say or do will bring him back. But she wants to know who was responsible. And she wants to take them down. 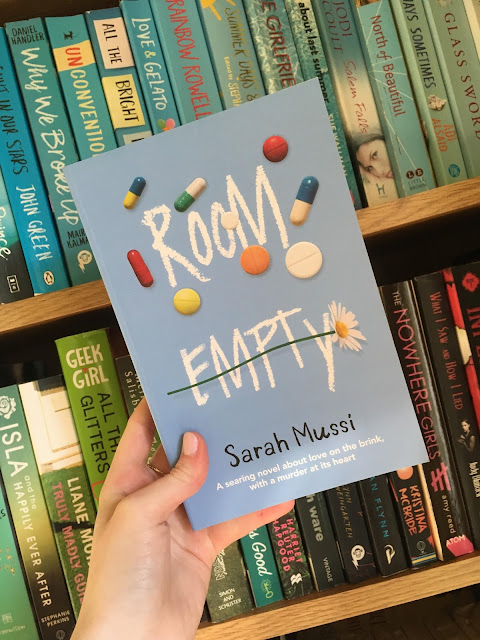 Dani is ravaged by anorexia and hasn't eaten for days. Fletcher is fighting to stay off the streets and to stay off drugs. Will their attraction to each other save or destroy them? Both patients at the Daisy Bank Rehab Centre, Fletcher wants to help Dani find out about the empty room at the heart of her pain: What happened to Dani in that room when she was four? Whose is the dead body that lies across the door? Why won't her mind let her remember?

Jennifer e. smith’s this is what happy looks like 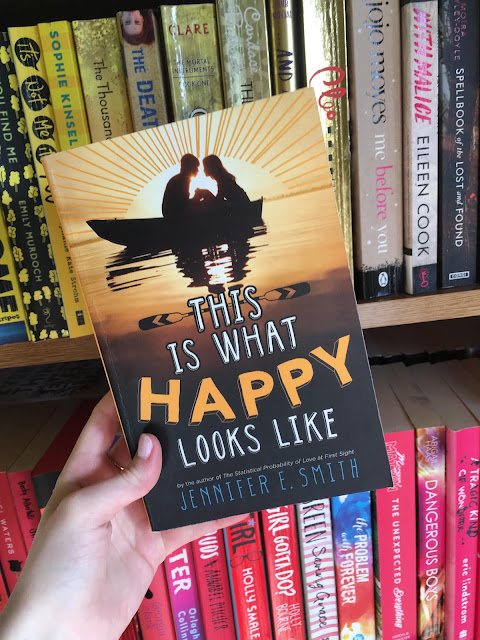 It's June - seventeen-year-old Ellie O'Neill's least favourite time of year. Her tiny hometown is annually invaded by tourists, and this year there's the added inconvenience of a film crew. Even the arrival of Hollywood heartthrob Graham Larkin can't lift her mood. But there is something making Ellie very happy. Ever since an email was accidentally sent to her a few months ago, she's been corresponding with a mysterious stranger, the two of them sharing their hopes and fears. Their developing relationship is not without its secrets though - there's the truth about Ellie's past... and her pen pal's real identity. When they finally meet in person, things are destined to get much more complicated.

So that's my TBR for February! I'm actually pretty excited about it - so far I've been unwrapping the books I want to read least (a good thing, because otherwise I'd never get around to them) but these six are books I'm really excited about - yay!!


Posted by Exploration of Creation at 03:05