Usually I would be unwrapping books right about now, as you might know if you've been reading for a while, but my wrapped-TBR is now completely unwrapped (although not completely read). I am considering wrapping again in the new year, but for now I plan to set myself tiny monthly TBRs like this one, and give myself a chance to mood-read for the rest of 2018. I hope you enjoy! 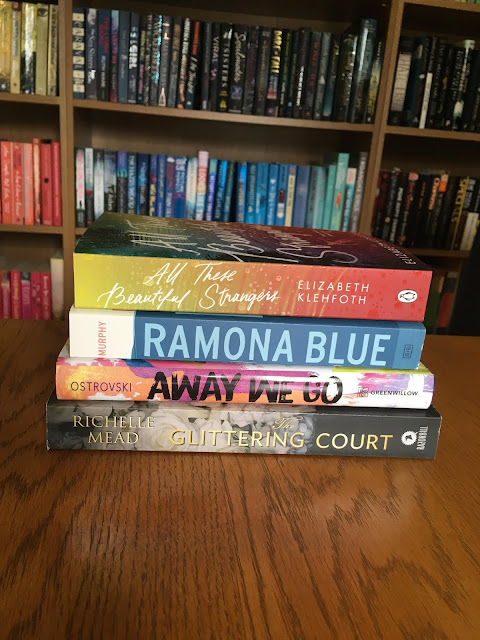 Elizabeth Klehfoth’s All These Beautiful Strangers 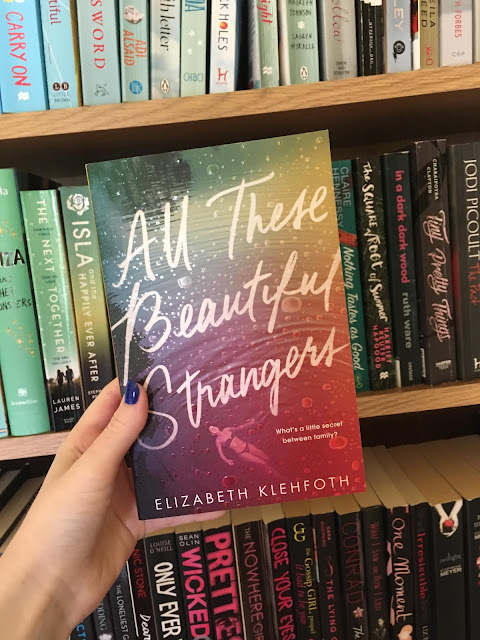 In the last day of summer, Grace Fairchild, the beautiful young wife of real estate mogul Allister Calloway, vanished from the family’s lake house without a trace, leaving behind her seven-year old daughter, Charlie, and a slew of unanswered questions.
Years later, seventeen-year-old Charlie still struggles with the dark legacy of her family name and the mystery surrounding her mother. Determined to finally let go of the past, she throws herself into life at Knollwood, the prestigious New Englandschool she attends. Charlie quickly becomes friends with Knollwood’s “it” crowd.
Charlie has also been tapped by the A’s—the school’s elite secret society well known for terrorizing the faculty, administration, and their enemies. To become a member of the A’s, Charlie must play The Game, a semester-long, diabolical high-stakes scavenger hunt that will jeopardize her friendships, her reputation, even her place at Knollwood.
As the dark events of past and present converge, Charlie begins to fear that she may not survive the terrible truth about her family, her school, and her own life. 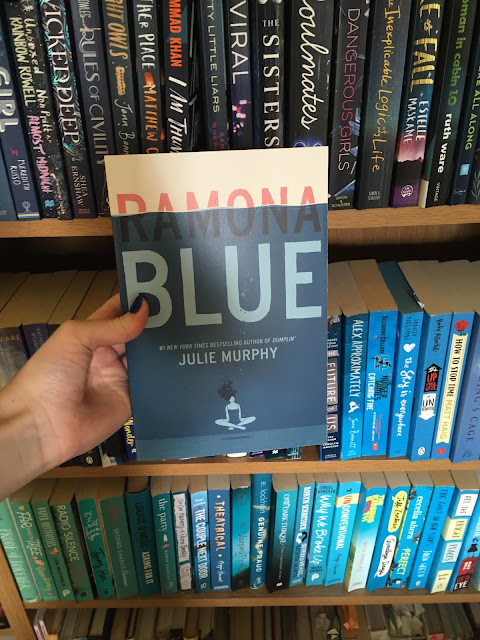 Standing over six feet tall with unmistakable blue hair, Ramona is sure of three things: she likes girls, she’s fiercely devoted to her family, and she knows she’s destined for something bigger than the trailer she calls home in Eulogy, Mississippi.
The return of her childhood friend Freddie brings a welcome distraction. Ramona’s friendship with the former competitive swimmer picks up exactly where it left off, and soon he’s talked her into joining him for laps at the pool. But as Ramona falls in love with swimming, her feelings for Freddie begin to shift too, which is the last thing she expected.
With her growing affection for Freddie making her question her sexual identity, Ramona begins to wonder if perhaps she likes girls and guys or if this new attraction is just a fluke. Either way, Ramona will discover that, for her, life and love are more fluid than they seem.

Emil Ostrovski’s Away We Go 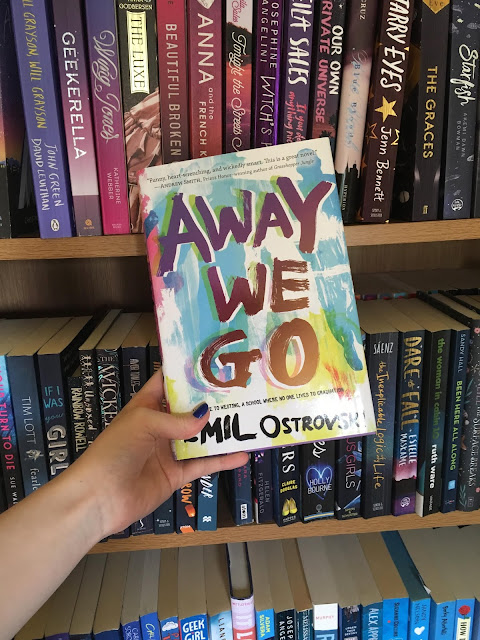 Westing is not your typical school. For starters, you have to have one very important quality in order to be admitted—you have to be dying. Every student at Westing has been diagnosed with PPV, or the Peter Pan Virus. No one is expected to live to graduation.What do you do when you go to a school where no one has a future? Noah Falls, his girlfriend Alice, and his best friend Marty spend their time drinking, making out, and playing video games on awaywego.com. But when an older boy named Zach (who Noah may or may not be in love with) invites Noah and Marty to join his secret Polo Club, the lives of both boys change as they struggle to find meaning in their shortened existence. 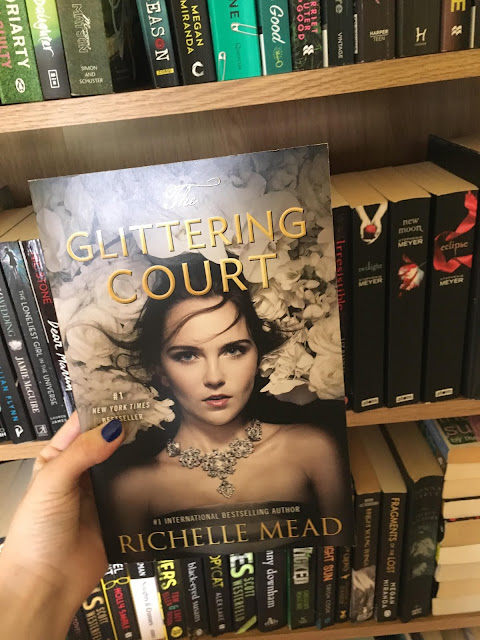 Both a school and a business venture, the Glittering Court is designed to transform impoverished girls into upper-class ladies who appear destined for powerful and wealthy marriages in the New World. Adelaide naturally excels in her training, and even makes a few friends: the fiery former laundress Tamsin and the beautiful Sirminican refugee Mira. She manages to keep her true identity hidden from all but one: the intriguing Cedric Thorn, son of the wealthy proprietor of the Glittering Court.When Adelaide discovers that Cedric is hiding a dangerous secret of his own, together they hatch a scheme to make the best of Adelaide’s deception.
But no complication will prove quite as daunting as the potent attraction simmering between Adelaide and Cedric. An attraction that, if acted on, would scandalize the Glittering Court and make them both outcasts in wild, vastly uncharted lands…

So those are the books I want to ensure I definitely get to in September! I do have a fair few left over from my July and August TBRs too, though, so I can't avoid those forever either!! Let me know what you're excited to read this month by leaving a comment down below!

Posted by Exploration of Creation at 05:59