Today's post is going to be a quick walkthrough of the books I bought in January! I think I did pretty well to stay so restrained, considering so many amazing new books came out already!! I have to admit, I did get granted some pretty amazing arcs on NetGalley too so I'm slightly cheating & feeling very fortunate about it! Also, please be aware that there's a couple of sequels mentioned down below and the blurb is spolier-y, so read on with caution!! Anyway, on with the books... 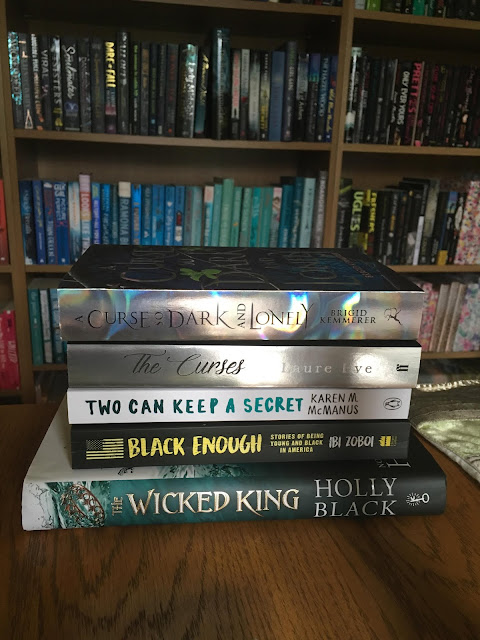 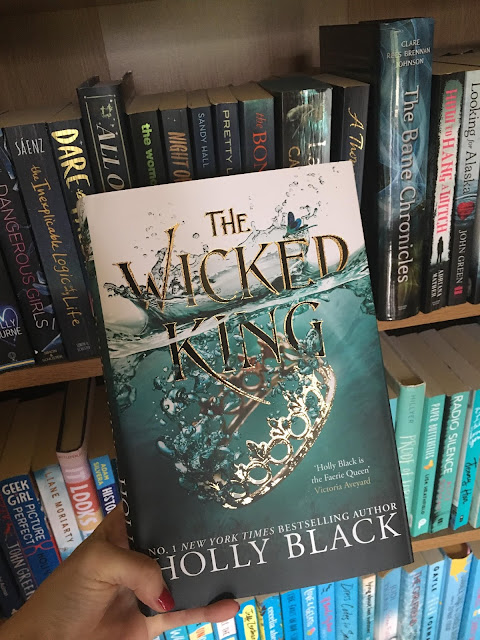 After the jaw-dropping revelation that Oak is the heir to Faerie, Jude must keep her younger brother safe. To do so, she has bound the wicked king, Cardan, to her, and made herself the power behind the throne. Navigating the constantly shifting political alliances of Faerie would be difficult enough if Cardan were easy to control. But he does everything in his power to humiliate and undermine her even as his fascination with her remains undiminished.

When it becomes all too clear that someone close to Jude means to betray her, threatening her own life and the lives of everyone she loves, Jude must uncover the traitor and fight her own complicated feelings for Cardan to maintain control as a mortal in a Faerie world. 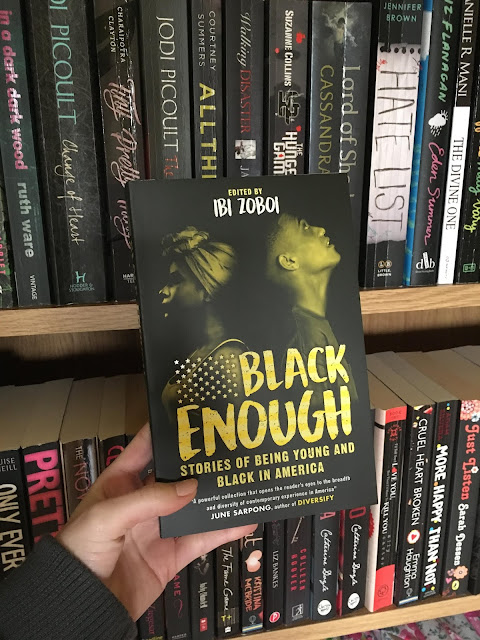 Black Enough is a star-studded anthology edited by National Book Award finalist Ibi Zoboi that will delve into the closeted thoughts, hidden experiences, and daily struggles of black teens across the country. From a spectrum of backgrounds—urban and rural, wealthy and poor, mixed race, immigrants, and more—Black Enough showcases diversity within diversity.Whether it’s New York Times bestselling author Jason Reynolds writing about #blackboyjoy or Newbery Honor-winning author Renee Watson talking about black girls at camp in Portland, or emerging author Jay Coles’s story about two cowboys kissing in the south—Black Enough is an essential collection full of captivating coming-of-age stories about what it’s like to be young and black in America. 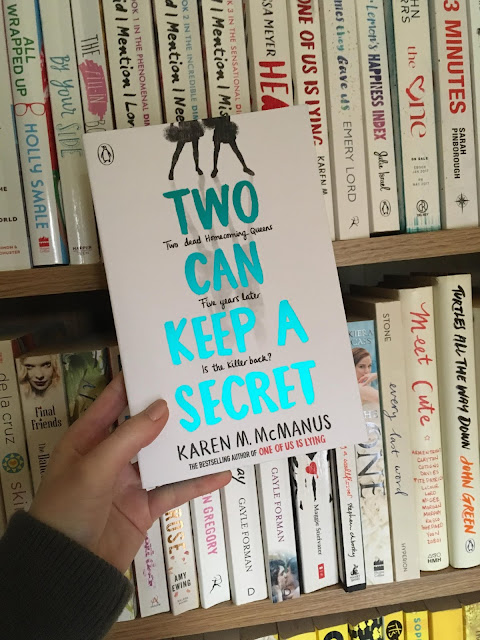 Echo Ridge is small-town America. Ellery's never been there, but she's heard all about it. Her aunt went missing there at age seventeen. And only five years ago, a homecoming queen put the town on the map when she was killed. Now Ellery has to move there to live with a grandmother she barely knows.

The town is picture-perfect, but it's hiding secrets. And before school even begins for Ellery, someone's declared open season on homecoming, promising to make it as dangerous as it was five years ago. Then, almost as if to prove it, another girl goes missing.

Ellery knows all about secrets. Her mother has them; her grandmother does too. And the longer she's in Echo Ridge, the clearer it becomes that everyone there is hiding something. The thing is, secrets are dangerous--and most people aren't good at keeping them. Which is why in Echo Ridge, it's safest to keep your secrets to yourself. 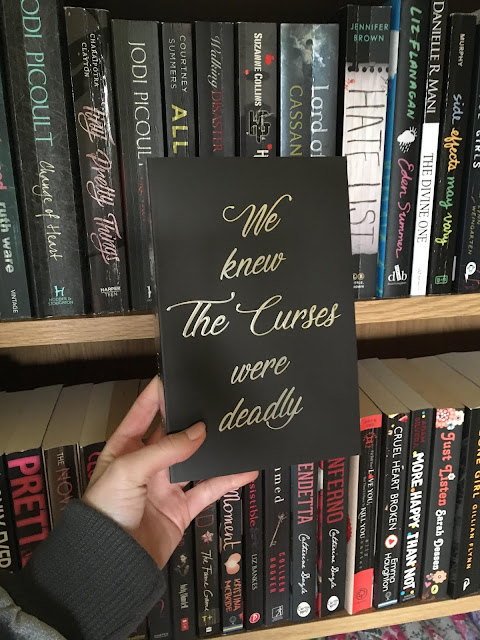 Picking up the pieces after the chilling events of the previous year isn’t easy, but the Graces are determined to do it. Wolf is back after a mysterious disappearance, and everyone’s eager to return to normal. Except for Summer, the youngest Grace. Summer has a knack for discovering the truth—and something is troubling her. After a trail of clues leads her to what could be the key to both her family’s mysterious past and the secret of Wolf, she’s determined to vanquish yet another curse. But exposing secrets is a dangerous game, and it’s not one Summer can win alone.

At Summer’s behest, the coven comes back together, reluctantly drawing their erstwhile friend River back into the fold. But Wolf’s behavior becomes unpredictable even as Fenrin’s strength fades, and Summer must ask herself whether the friend she so loves is also planning her family’s ultimate, cursed demise.

Brigid Kemmerer’s A Curse So Dark and Lonely 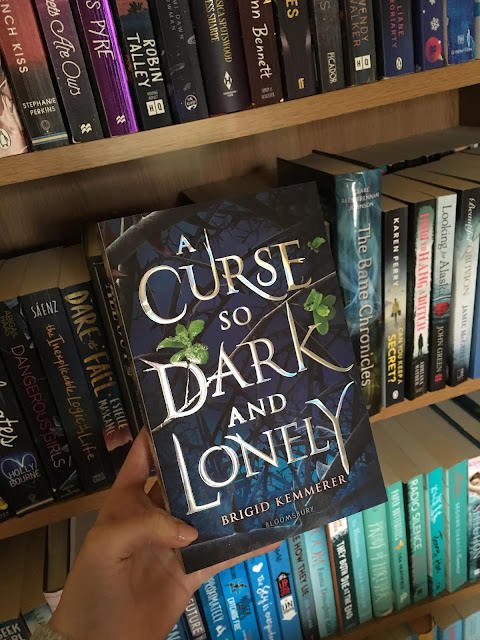 It once seemed so easy to Prince Rhen, the heir to Emberfall. Cursed by a powerful enchantress to repeat the autumn of his eighteenth year over and over, he knew he could be saved if a girl fell for him. But that was before he learned that at the end of each autumn, he would turn into a vicious beast hell-bent on destruction. That was before he destroyed his castle, his family, and every last shred of hope.


Nothing has ever been easy for Harper Lacy. With her father long gone, her mother dying, and her brother barely holding their family together while constantly underestimating her because of her cerebral palsy, she learned to be tough enough to survive. But when she tries to save someone else on the streets of Washington, DC, she's instead somehow sucked into Rhen's cursed world.

A prince? A monster? A curse? Harper doesn't know where she is or what to believe. But as she spends time with Rhen in this enchanted land, she begins to understand what's at stake. And as Rhen realizes Harper is not just another girl to charm, his hope comes flooding back. But powerful forces are standing against Emberfall . . . and it will take more than a broken curse to save Harper, Rhen, and his people from utter ruin.

So those are the books I bought in January! Let me know, by leaving a comment down below, which books you've bought so far in 2019!!

Posted by Exploration of Creation at 02:44