Firstly, I hope everybody reading this had a really special & safe Christmas and New Years. But now onto business - the books I got for Christmas this year! There's a fair few, so I won't ramble on; let's just get started... 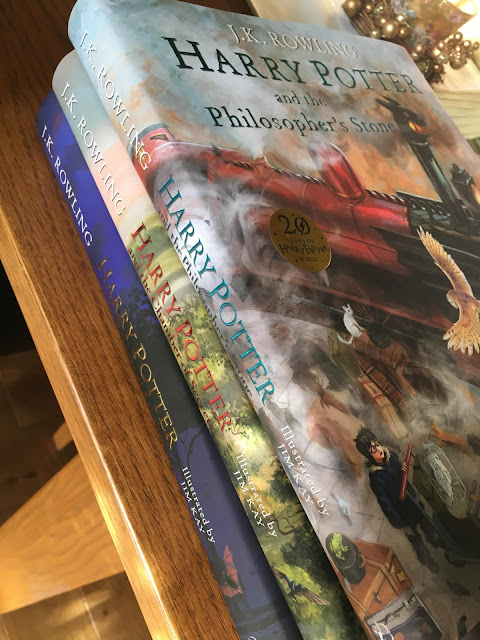 Hopefully these are pretty self-explanatory, because I'm not going to blurb them. Let's just say I was ridiculously excited to receive them (in fact, they may well be tied for "best present" alongside the Friends boxset my wonderful sister bought me!) and I cannot wait to read them.

Huntley fitzpatrick’s the boy most likely to 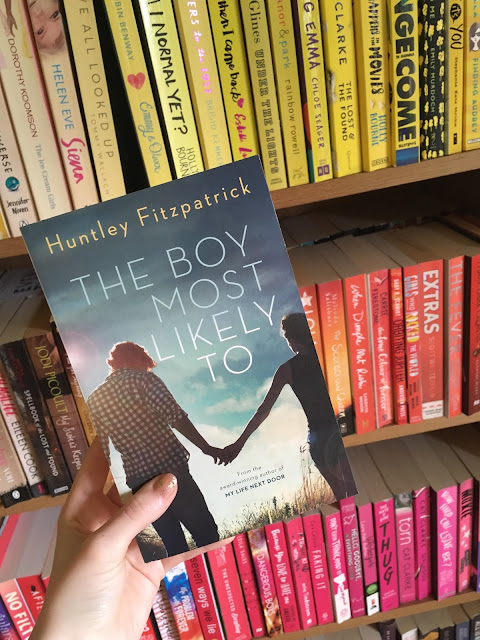 Tim Mason was The Boy Most Likely To:- find the liquor cabinet blindfolded- need a liver transplant- drive his car into a houseAlice Garrett was The Girl Most Likely To:- well, not date her little brother’s baggage-burdened best friend, for starters.
For Tim, it wouldn’t be smart to fall for Alice. For Alice, nothing could be scarier than falling for Tim. But Tim has never been known for making the smart choice, and Alice is starting to wonder if the “smart” choice is always the right one. When these two crash into each other, they crash hard. 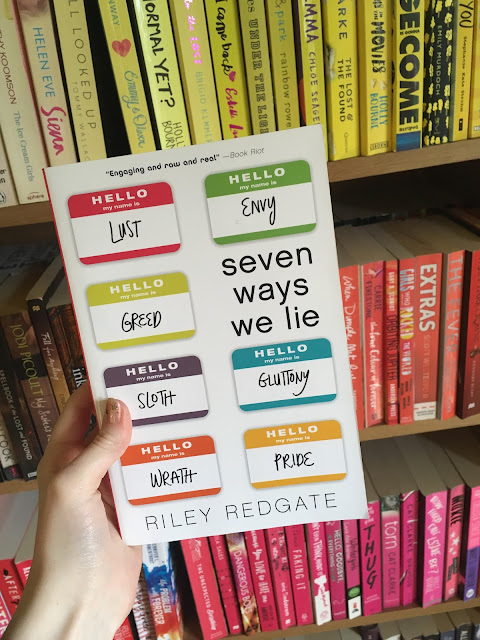 Paloma High School is ordinary by anyone’s standards. It’s got the same cliques, the same prejudices, the same suspect cafeteria food. And like every high school, every student has something to hide—from Kat, the thespian who conceals her trust issues onstage, to Valentine, the neurotic genius who’s planted the seed of a school scandal.When that scandal bubbles over, and rumours of a teacher-student affair surface, everyone starts hunting for someone to blame. For the seven unlikely allies at the heart of it all, the collision of their seven ordinary-seeming lives results in extraordinary change. 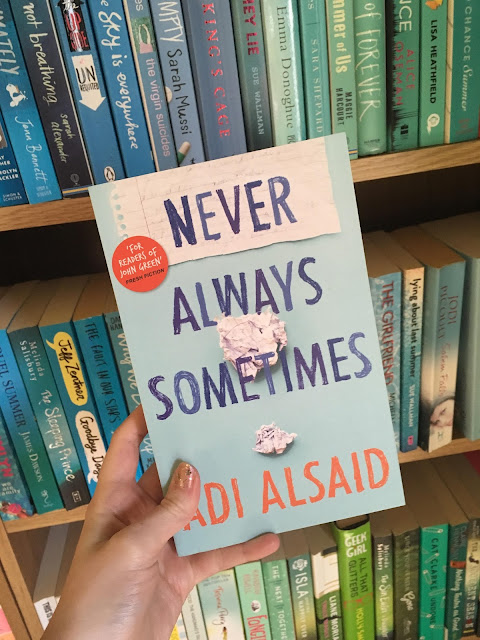 Best friends Dave and Julia were determined to never be cliches so they even wrote their own Never List of everything they vowed they'd never, ever do in high school. Some of the rules have been easy to follow; But Dave has a secret: he's broken rule #8, never pine silently after someone for the entirety of high school. It's either that or break rule #10, never date your best friend. Dave has loved Julia for as long as he can remember. So when she suggests they do every Never on the list, Dave is happy to play along. It starts as a joke, but then a funny thing happens: Dave and Julia discover they've actually been missing out on high school.

Lauren james’s the next together 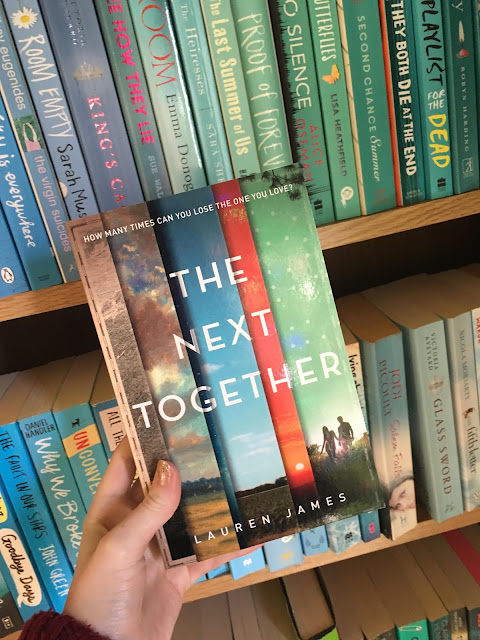 Katherine and Matthew are destined to be born again and again. Each time their presence changes history for the better, and each time, they fall hopelessly in love, only to be tragically separated. How many times can you lose the person you love? For Matthew and Katherine it is again and again, over and over, century after century. But why do they keep coming back? How many times must they die to save the world? What else must they achieve before they can be left to live and love in peace? Maybe the next together will be different... 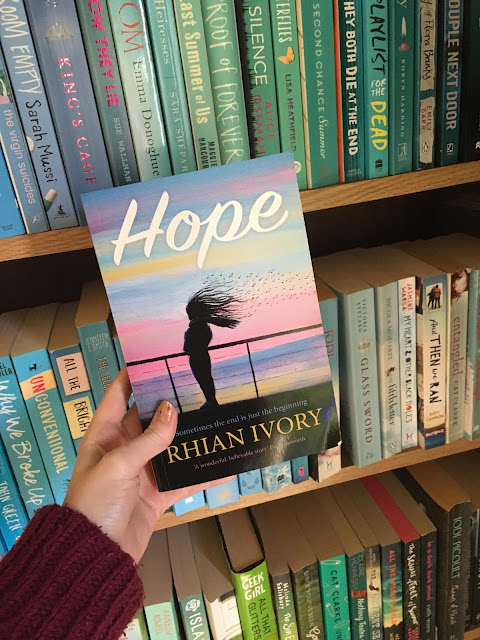 The summer between school and sixth form college. When Hope doesn't get into drama college, and her friends do, all her plans fall apart. She's struggling with anger, grief for her father and a sense that her own body is against her. She meets Reilly on the ferry and his texts give her someone to talk to. But this isn't a story about a boy fixing everything. It's about trying new things, having the courage to ask for help and that when things seem to be all over, that might be just the beginning. 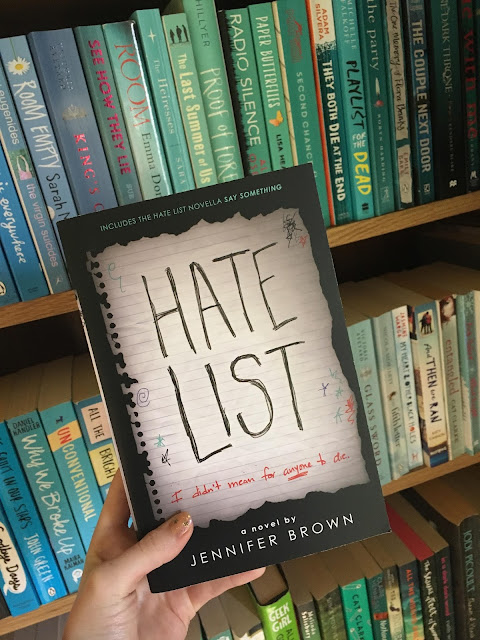 5 months ago Valerie Leftman's boyfriend opened fire on their school cafeteria, killing five students and one teacher before turning the gun on himself. Valerie, who was shot trying to stop him, is initially implicated in the shootings because of the hate list she helped create. The hate list her boyfriend used to pick his targets. As Valerie integrates back into school, more of an outsider than she ever thought she was before, she is forced to confront her feelings of guilt and loneliness. Exploring the gray area between hero and villain, she navigates the rocky relationships with her family, her former friends, with the memory of the boyfriend she still loves, and with the girl whose life she saved five months ago. As she moves toward graduation and the year anniversary of the shooting, Valerie must come to grips with the tragedy that took place and her role in it all in order to make amends and move on with her life.
So those are the beautiful books I received this year for Christmas! It was in January 2017 that I discovered some of my favourite books of the entire year, so I'm really excited for the reading I'll be doing these next few months. I hope you got some great books, too - let me know which ones down below!!

Till next year
Katie


Posted by Exploration of Creation at 03:12